A drunk driver was said to have crashed into the comedian’s newly-acquired Mercedes Benz in the early hours of Sunday, September 11. 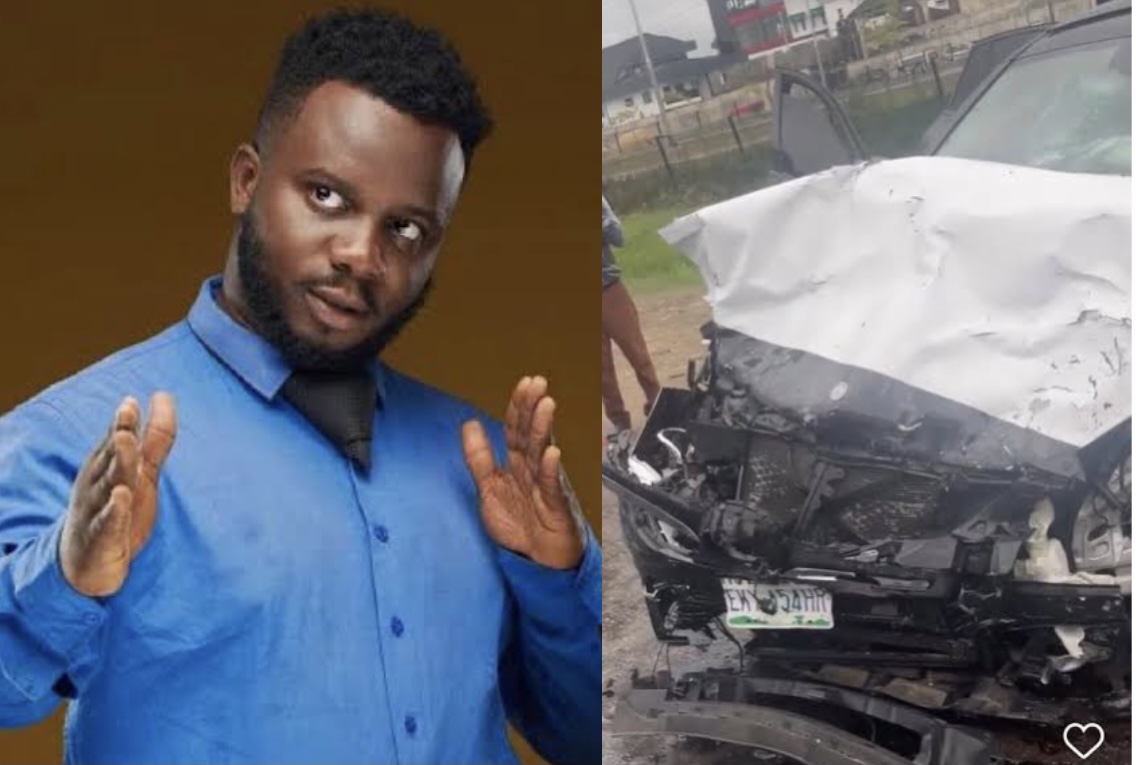 Nigerian skitmaker Chukwuemeka Emmanuel popularly known as Oga Sabinus has been involved in an accident with his new Mercedes Benz car in Lagos.

A Twitter user by the name @ajeboDanny broke the news in the early hours of Sunday, September 11, tweeting a picture of the crashed car, with the caption: “Sabinus was just involved in an accident in his new Benz and he survived”.

Following the revelation of the accident, the skitmaker took to his Instagram live to address his fans that he and his brother, who was in the vehicle, were okay.

Narrating what happened to his fans, Sabinus said the accident occurred as a result of a drunk driver who crashed into his newly-acquired Benz from the opposite lane.

“The only thing I keep saying is people should avoid drinking and driving, do you understand? This is the first time I’m seeing this type of thing, where a car would be driving in his own lane, and another car from another lane would drive and scatter the car.

“We thank God. But… just imagine you’re moving on your own way and another car from another place from nowhere hits you, next thing I saw was myself inside airbags.

“Even the people that hit me, the boy, was confused. See them vomiting. Their car was filled with drinks, alcohol,” the comedian further explained.

When asked if his car was reparable, he said “We’ll get a new car, investor’s vibe. You know I don’t bring my things online. Even when I bought the car, I didn’t post it, so it’s not my life.

“My life is comedy, not posting. I give thanks to God for everything. This is my first time being involved in an accident and I didn’t even know how it happened,” he added.