Ogun asks eateries, petrol stations to open their toilets for public use

The Ogun State Government says eateries and petrol stations should open their toilets for public use as part of their corporate social responsibility. 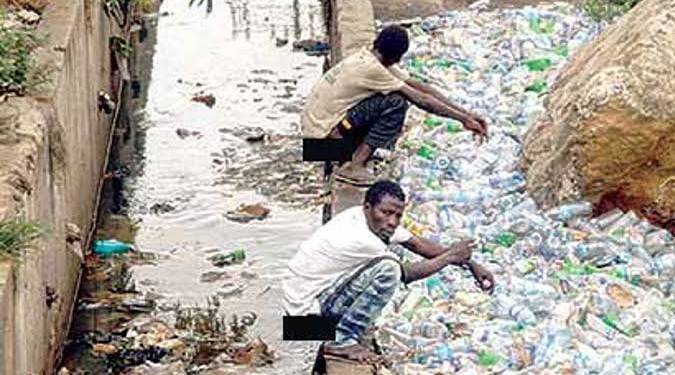 The Ogun State Government has asked eateries and petrol stations in the state to make their toilets available for public use.

Ola Oresanya, also the Chief Executive Officer of the Ogun State Waste Management Authority (OGWAMA), said these establishments have been so mandated as part of their corporate social responsibility.

Mr Oresanya said the decision is part of strategies to rid the state of open defecation.

No fewer than 124 offenders were arrested in various locations across the state on Thursday for contravening the state’s environmental and health laws.

They were sentenced to various community services for engaging in open defecation.

Mr Oresanya said that the offenders were apprehended as part of efforts aimed at stopping the indecent habit in the state.

He noted that the bad habit which was mostly done late in the night and at dawn had negative implications on the immediate communities and the state at large.

Mr Oresanya said the state government would not fold its hands and watch a few dirty individuals put the health of the majority at risk through their shameful act.

He reiterated that arrest of the offenders would continue as the state had zero tolerance for open defecation.

Mr Oresanya warned drivers of articulated vehicles and their cohorts who transit the state especially the Mowe-Ibafo axis to stop defecating on medians and roadsides while on stopovers.

He urged them to visit the public toilets provided by the state government for their convenience instead of engaging in such ignominious practice.

Meanwhile, the state government had identified over 100 other locations for construction of more public toilets through public-private partnership as part of government’s efforts at making the state open defecation free.

Mr Oresanya called for cooperation of all households, Community Development Associations and visitors to the state to make this a reality.