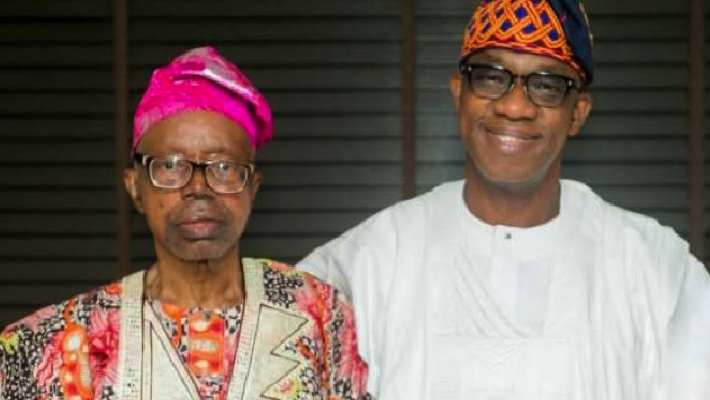 A photo of Emmauel and Dapo Abiodun used to illustrate the story [Photo credit: Tribune Online]

Ogun State governor, Dapo Abiodun, on Monday lost his father, Emmauel Abiodun, who died after a brief illness, a statement released by the family said.

Mr Abiodun, a native of Iperu Remo died at the age of 89.

The deceased was said to have worked as a teacher for many years across the old Western region.

The statement also said that further announcements would be communicated in due course.