Nigeria did not meet the minimum testing requirements under Rule 15 for 10 athletes. 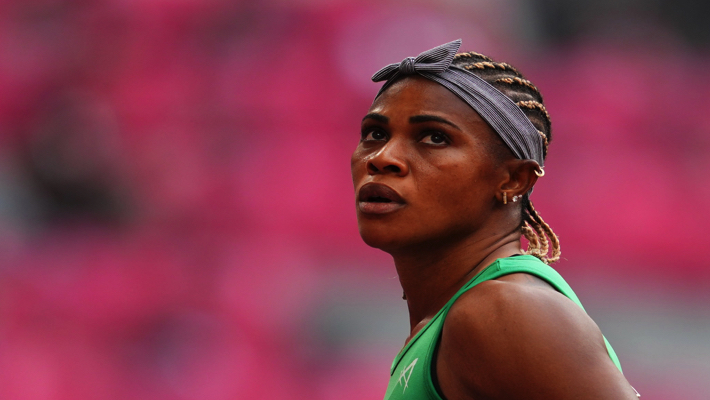 The chef-de-mission at the New Delhi Commonwealth Games, Elias Gora, has said Nigeria’s Blessing Okagbare probably succumbed to the weight of expectations place on her to get enmeshed in doping.

Mr Gora said that athletes oftentimes lack the support for them to give a sterling performance.

“An athlete as old as Okagbare should be given all the support, but that is usually not the case. She should have a team of professionals working with her.

“I feel she crumbled under so much pressure from the high expectations from all and sundry. It is so sad.

“We should be showcasing younger athletes. Let them acquire this experience too.

“We need to stop paying lip service to our grassroots development programmes,” he said.

Okagbare was on Saturday suspended provisionally for doping.

The Athletics Integrity Unit (AIU) made this known in a press statement, saying that the 32-year-old Nigerian athlete tested positive for a banned substance, human growth hormone.

The anti-doping body said that Okagbare tested positive for the prohibited substance in an out-of-competition test on July 19 – four days before the Olympics opened.

The results of that test were only received by the track and field’s anti-doping body late Friday after Okagbare finished top in Heat 6 in a time of 11.05 (-0.1) seconds. United Kingdom’s Asha Phillips finished second in 11.31 seconds and Bahamian athlete Tynia Gaither came third in 11.34 seconds.

With the suspension, Okagbare will no longer compete at the Tokyo Olympics.

Meanwhile, an ex-Olympian, Henry Amike, has described the series of drama trailing Team Nigeria at the ongoing 2020 Tokyo Olympics Game as a big disappointment.

Mr Amike said on Saturday that Nigeria never had it this bad since the country’s first appearance in the 1952 Finland Games.

“Waking up to the news of Okagbare’s ban is so sad. It shows that our administrators don’t understand their jobs; they are only interested in travelling.

“It is obvious that Okagbare was not tested before she competed for the qualifiers at Yaba, because there is no way it won’t be detected.

“We don’t have administrators that understand the business of athletes management. Athletes were banned due to someone’s negligence.

“I know the pains these athletes will be going through right now. It’s so unfortunate that at this age and time, such negligence is being displayed by those that should know better,” Mr Amike said.

The AIU explained that under the framework of Rule 15 governing National Federation Anti-Doping Obligations, which came into force in January 2019, National Federations are accountable for ensuring appropriate anti-doping measures are in place in their respective jurisdictions.

Nigeria is the most affected country, not meeting the minimum testing requirements under Rule 15 for 10 athletes.