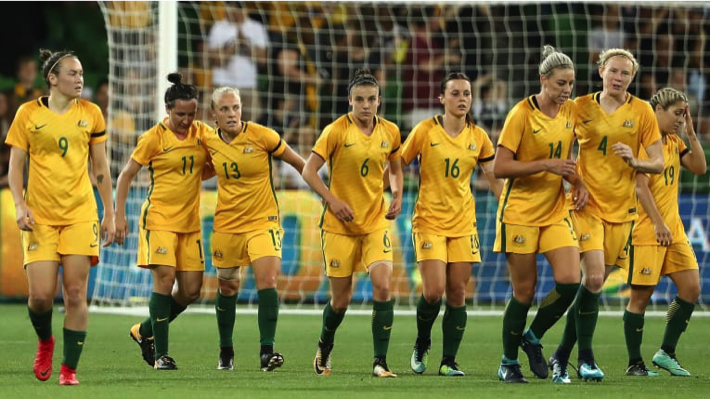 The U.S. women’s football team was stunned at the start of the Tokyo Olympics which started with a bang on Wednesday after a one-year postponement due to the coronavirus pandemic.

It started with Sweden thrashing the women’s world champions 3-0 in football.

Stina Blackstenius scored either side of half-time and Lina Hurtig added a third for the silver medalists from Rio 2016 – who famously eliminated the U.S. in a quarter-final penalty shootout.

“It’s very good for us to have this start to the tournament and we can be very proud of how we played this game and take everything positive to the next game,” said Blackstenius.

The U.S. saw a 44-match unbeaten streak shattered and will look to recover in Group G in three days against New Zealand, who opened with a 2-1 loss to Australia.

“We did not play a very good game and that is to take nothing away from Sweden; they played a great game,” said U.S. star Megan Rapinoe.

“They found a lot of space in our shape and were very clinical when they got in front of the goal and did very well taking their chances.”

Hosts Japan were involved in the very first action of the Games as they routed Australia 8-1 in the opening round of the women’s softball tournament.

“First game is important. So, I think it’s key that we were able to win,” said third base player Yamamoto Yu.

The match was in Fukushima, the city hit hard by the tsunami-caused meltdown at the nuclear power station in 2011.

The softball team fared better than the nation’s women’s footballers who were held 1-1 by Canada in Group E, where Britain beat Chile 2-0.

And in Group F, there was history for Brazilian star Marta as she became the first to score in five Olympic Games by opening the 5-0 thrashing of China.

The Netherlands crushed Zambia 10-3 in the other tie.

Vivianne Miedema bagged four goals for the Dutch while Barbra Banda struck an ultimately futile hat-trick for the Africans.

In the day’s other softball fixtures, the U.S. beat Italy 2-0 and Canada won 4-0 over Mexico.

There are further preliminary matches on Thursday before the Games officially open in Tokyo on Friday.