Mr Adeleye said the suspects, who could not give details of their exact destination, had charms and other fetish items on them. 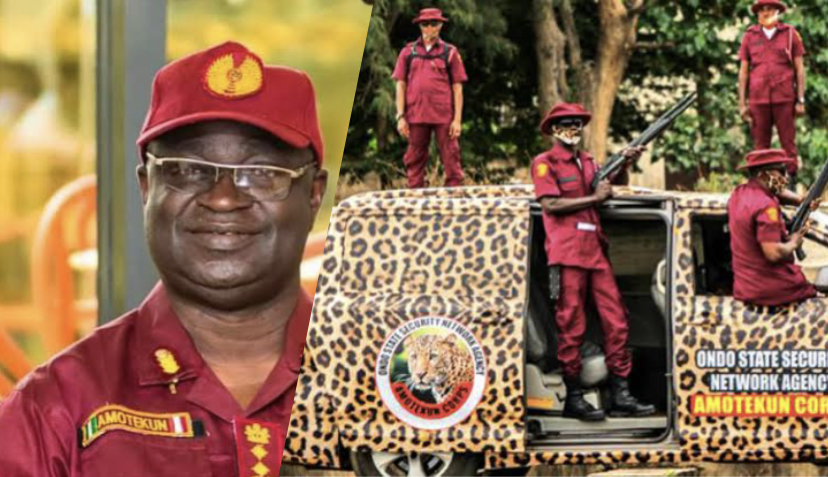 The Amotekun Corps in Ondo said it intercepted 151 persons of northern extraction on the Sango-Iju Road near the state capital in Akure.

The northern legion, comprising five women and packed in two trucks, could not provide satisfactory answers on their mission in the area, said Amotekun Commander Adetunmbi Adeleye.

Ondo State has recently come under intense attacks from bandits who pillage communities and kidnap many for ransom, killing victims in the process.

Mr Adeleye said the suspects who were intercepted during a “stop and search” claimed they were travelling from Katsina, Kano, and Jigawa states to several South-West states.

“We intercepted two trucks conveying 151 people (northerners) who were cleverly concealed behind bags of rice and beans”, Mr Adeleye disclosed.

“Upon interception, we asked them about their destination, some said they were coming to Akure and others claimed they were still going to Osogbo.”

Mr Adeleye said the suspects, who could not give details of their exact destination, had charms and other fetish items on them.

“None of them has an idea of what they are coming here to do, or their mission in the journey. All they were able to tell us is that they entered the trailer and came to Ondo,” he added.

While noting that the suspects would be migrated back to their various destinations, Mr Adeleye said the security forces in the state are not leaving any chances behind to tackle security threats to the people.

“We are not sure of what they are here for, we still feel that while traveling, anyone should have a mission and a destination he or she is going to,” he added.

The arrest came barely a few weeks after rumours of infiltration of terrorists into the forests in the South-West region emerged.

The Aare Ona Kakanfo of Yorubaland, Gani Adams, had last week raised the alarm that bandits had infiltrated some sprawling forests in Oyo, Ondo, and Osun states.