“Unacceptable for worshippers to be mowed down in a church. The perpetrators must certainly be animals just in human skin. It is sacrilegious.” 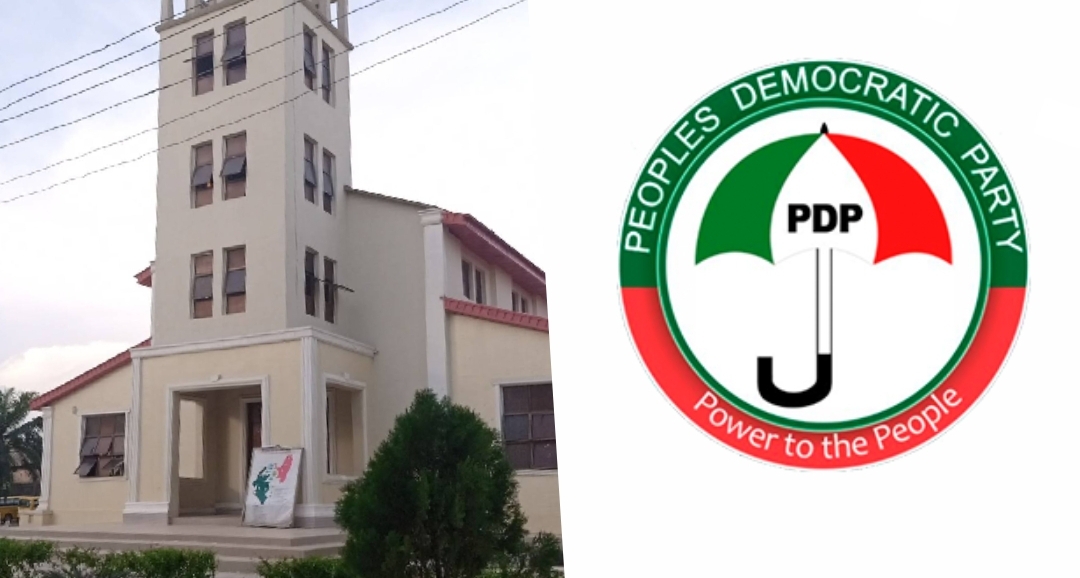 The Peoples Democratic Party (PDP) in Ondo has condemned the attack on innocent worshippers at St. Francis Catholic Church, Owo, which claimed many lives.
This was contained in a statement on Sunday by its publicity secretary, Kennedy Peretei.

“The Peoples Democratic Party, (PDP) Ondo State Chapter condemns in very strong terms this attack in which more than fifty persons including women and children were killed,” said the statement. “It is very sad that human lives mean very little to those whose business it is to provide security for lives and properties in our country.”

The party added that “a situation where everybody lives in fear of being kidnapped or even killed in this senseless manner should be addressed as a matter of urgency” by President Muhammadu Buhari’s regime and the ruling All Progressives Congress (APC).

“We cannot continue to live like this as a people. Our party commiserates with families of the victims of this attack, the Olowo of Owo, His Royal Majesty Oba Gbadegesin Ogunoye III and all Ondo State people who are traumatised by this killing,” the PDP noted. “We also urge the security agencies to up their game to be more proactive than allowing this kind of calamity to strike before promises of tracking down the culprits.”

The opposition party maintained that it was “unacceptable for worshippers to be mowed down in a church. The perpetrators must certainly be animals just in human skin. It is sacrilegious.”