Nigerian security agents have faced perennial backlash for their shameless interference in elections. 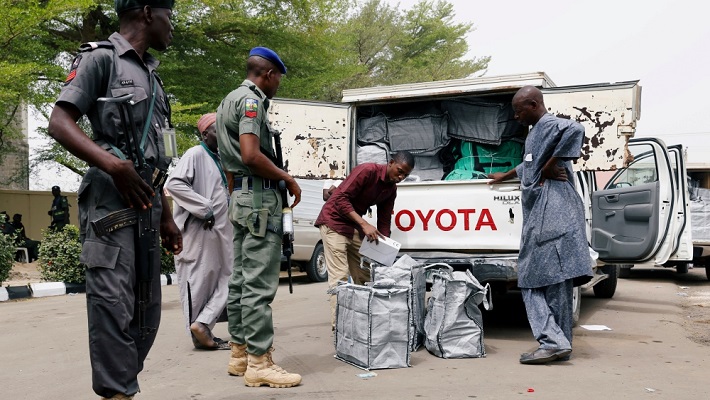 Security agents on deployment for the upcoming governorship election in Ondo State have been admonished to conduct themselves and desist from violent and partisan interference in the exercise.

“Edo was a good election. We are all very proud of what we achieved. The security agencies were professional, so too were INEC staff. The challenge for us is not to lower the bar,” Nigeria’s electoral chief Mahmood Yakubu said at a meeting on security arrangements for the election on Thursday in Akure. “That should be our commitment to the nation and to the electorate.”

Fresh from the Edo governorship election, which was widely deemed a success with less skirmishes, INEC has been aiming to keep the pressure on both electoral officers and security agents to do even better in Ondo.

Nigerian security agents have faced perennial backlash for their shameless interference in elections. Officers have been caught on camera extorting voters, snatching ballot boxes or triggering violence at polling areas.

Movement of ballot materials is now underway across the state, but officials expect challenges with their navigation of riverine, mountainous and other difficult terrains.

“There are two local governments that are essentially riverine, Ilaje and Ese-Odo,” Mr. Mahmood said.

Election officers and observers decried the strenuous experience they had during the last governorship election in 2016. At the time, officials worked closely with naval personnel to help move around the marshy creeks.

“Two hundred and seventy polling units are actually riverine in the two local government areas. So our arrangement has to be good,” Mr. Mahmood said.

The year’s exercise is widely deemed a two-way race between incumbent Rotimi Akeredolu of the APC and Eyitayo Jegede of the main opposition PDP.

Security chiefs at the meeting said they would cooperate to ensure seamless supply of material to all areas ahead of the exercise on October 10.