The ZLP appeared more likely to cut into PDP’s chances, while Mr. Akeredolu would maintain a grip on his APC base. 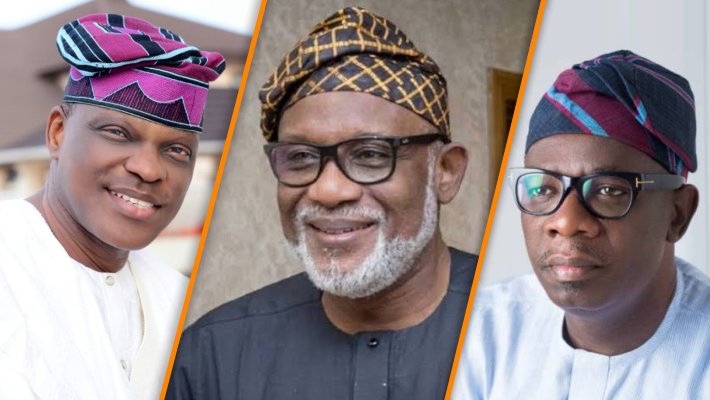 With just about eight days to the Ondo governorship election, many voters are showing glimpses of their preferred candidate, as the race to elect the state’s new chief executive thickens.

Incumbent Rotimi Akeredolu of the ruling APC faces stiff competition from his deputy, Agboola Ajayi of the ZLP, and the PDP’s Eyitayo Jegede, who is considered the main challenger to the governor.

Mr. Akeredolu was behind his PDP counterpart by a percentage point, according to a new poll conducted by Eagle Badger Consulting. The survey was conducted across the 18 local government areas of the state.

Eagle Badger Consulting conducted the survey between September 29 and 30, 2020.

The Gazette obtained the result on Friday, which showed that 37 percent of respondents projected to vote for the PDP candidate, while 36 percent opted for Mr. Akeredolu. Five percent were, however, undecided.

The close race signaled a tough time ahead for Mr. Jegede because of PDP and ZLP political allegiances.

The ZLP appeared more likely to cut into PDP’s chances, while Mr. Akeredolu would maintain a grip on his APC base.

Mr. Ajayi, the state deputy governor, who joined the governorship race after emerging as the ZLP flag bearer, polled an impressive 22 percent.

A review of the LGAs won by the candidates revealed that the deputy governor won the most LGAs (6), while Mr.Akeredolu and Mr. Jegede won 5 LGAs apiece. Mr. Ajayi, was however, unable to secure significant interest from potential voters outside the LGAs he won.

The survey further showed that, although all three candidates won the most votes in their respective local governments, Mr. Akeredolu and Mr. Jegede were able to win significant support in the LGAs they lost to their rivals.

“All candidates enjoyed home court advantage as Gov. Akeredolu won in his LGA of Owo, Mr. Jegede won in his home LGA of Akure South, and Mr. Ajayi won in Ese Odo LGA. For Mr. Jegede, his LGA victory is especially important as Akure South has the highest number of registered voters and PVCs collected”, the survey noted.

The Gazette also gathered that 90 percent of the respondents (a randomly selected sample population of 122 males and 58 females) voted in the 2016 governorship election in the state.

The respondents hinged their votes on campaign issues bordering on continuity, infrastructural development, job creation, school fees reduction and affordable healthcare as promised by the candidates.

Eagle Badger Consulting survey suggested that the Ondo governorship election is a close call between the incumbent governor and his closest rival, Mr. Jegede.

With a margin of error of ±7 percent and a small but important pool of undecided voters, even though Mr. Jegede currently enjoys a one-point lead, the Ondo State Governorship election is too close to call, the poll found.

They, however, predict the electoral loss of the state deputy governor, whose only path to victory, they say, would be an alliance with either the APC or PDP candidate.

The results from the last poll by the consulting firm in Edo State was mirrored the actual returns at the September 19 exercise.