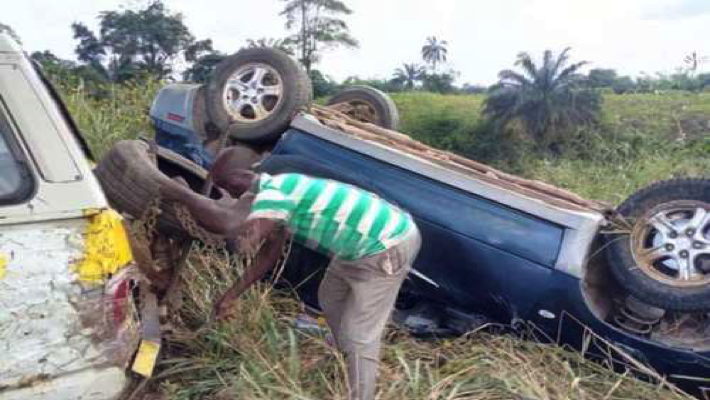 One person died while three others were injured in a lone accident on Wednesday along Ore-Okitipupa axis in Odigbo Local Government Area of Ondo State.

He noted that one male, one female adult and two male children were involved in the accident.

“Four people were involved in a lone accident because of speeding. One male child died while the other three sustained injuries.

“The corpse of the deceased has been deposited at the General Hospital morgue in Ore while others who sustained injuries were taken to the same hospital for treatment,” Mr Alonge said.

He warned motorists to always maintain normal speed limit, shun speeding and other traffic rules’ violations which could lead to crashes.