A citizen, @Dagbofather, who recorded the LASTMA vehicle with inscription “Zone 25 Bariga” driving against traffic, posted the video on Twitter on Friday. 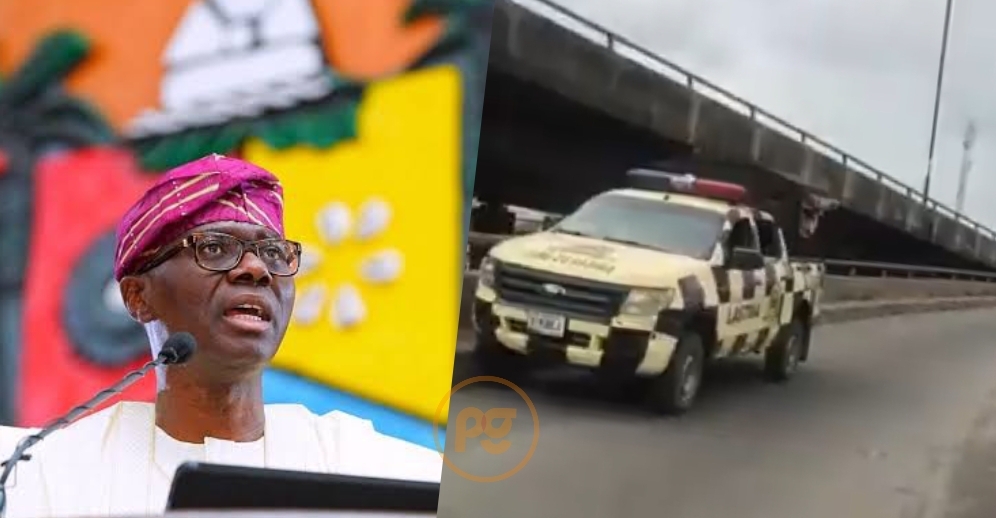 A video showing a Lagos State Traffic Management Authority vehicle driving against the traffic has emerged on social media, less than 48 hours after the state government auctioned vehicles seized from traffic violators.

A citizen, @Dagbofather, who recorded the LASTMA vehicle with inscription “Zone 25 Bariga” driving against traffic, posted the video on Twitter on Friday.

“See dem. Dem dey follow one way dey come. I stop dem, dem dey tell me say make I pass here. Look at them. I’m not leaving this place for them today,” @Dagbofather said in Pidgin English, blocking the LASTMA van from moving against the traffic.

In the 45 seconds video, a police van could be seen among the vehicles behind @Dagbofather’s, who insisted against the  LASTMA van driving one way.

Peoples Gazette cannot confirm when the video was recorded. However, police spokesman in Lagos, Benjamin Hundeyin, on Saturday said the police will “commence investigations” on the viral video.

On Thursday, the Lagos government auctioned 134 vehicles impounded for various traffic offences at the Taskforce compound in Alausa, Ikeja.

This development attracted widespread criticisms from the public as many questioned the legality and propriety of the auction, while sympathising with citizens whose vehicles were auctioned.

Human rights lawyer, Inibehe Effiong said “I insist that there are so many unanswered questions shrouding the auctions. I hope we will get answers to these questions. We should not approach this issue from a sentimental standpoint. Without insistence on due process, law enforcers can easily become law breakers.”

However, Jubril Gawat, a social media aide to Governor Babajide Sanwo-Olu, on Twitter, justified the auctioning of the vehicles, claiming owners of the vehicles “ran away.”