Uche Oparaoji defeated David Ekpenyong 6-0 1-6 7-6 to win the male singles title and the cash prize of one million naira. 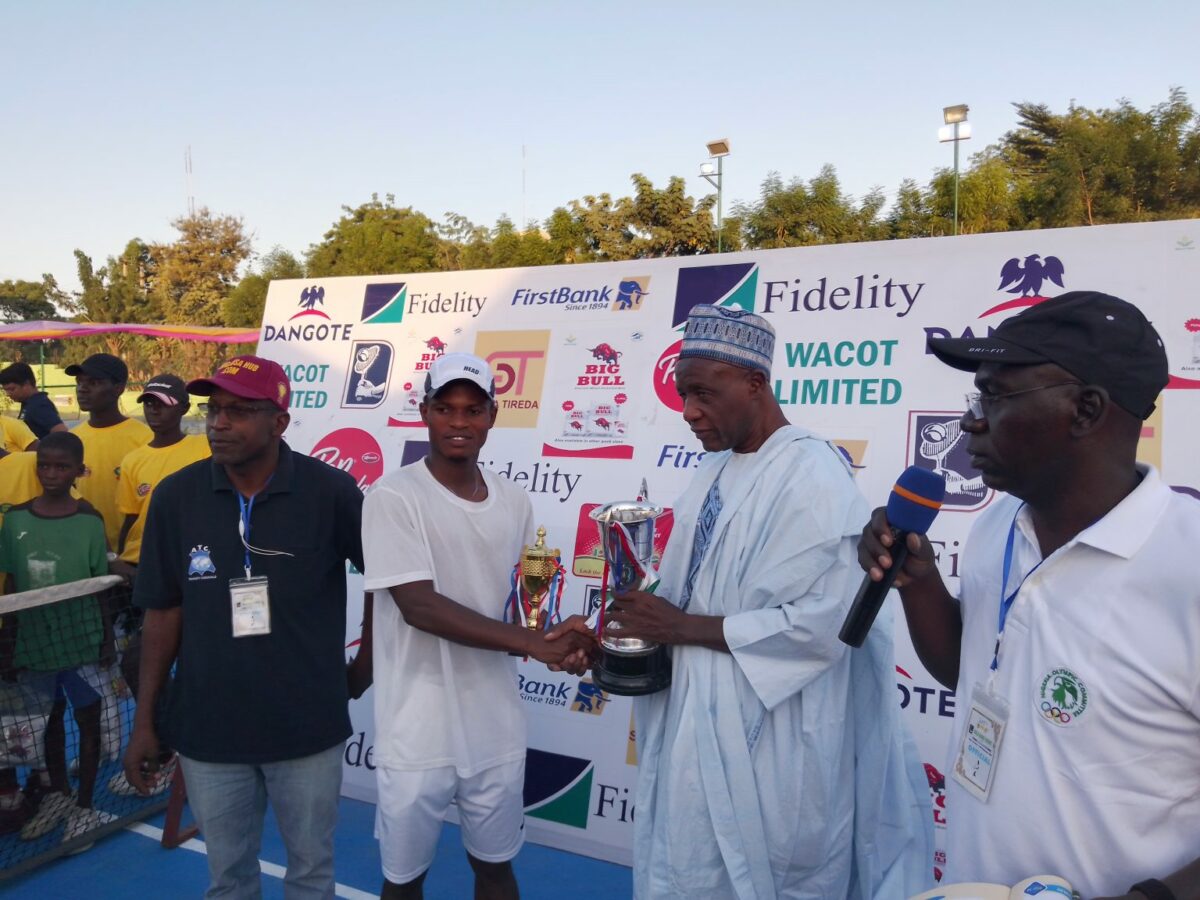 Oparaoji defeated David Ekpenyong 6-0 1-6 7-6 to win the male singles title and the cash prize of one million Naira, with Ekpenyong receiving N500,000 for his efforts.

Speaking during the competition’s closing ceremony, the Deputy Governor of Kano State, Nasiru Gawuna, commended the event’s organisers for putting together the competition.

He called on governments at all levels and other well-to-do individuals to help in the development of the tennis sport.

“Wealthy individuals and groups need to support this tournament, being the only championship still surviving in the Northern part of the country,” he said.

Represented by the NTF Vice-President, Abdulrahman Terab, Mr Akindoju said he was grateful to the competition’s Local Organising Committee (LOC) because the tournament has added value to the game.

“We are indeed commending the organisers of this tournament, under the able leadership of Bashari Muhammad Gumel,” he said.

The NTF president stated that the Federation would join hands with other stakeholders to move tennis higher and take Nigeria to the rightful place it deserves in the sport.

He said the championship has been an avenue to expose many Nigerian players, and congratulated all players who participated in the tournament for their spirit of sportsmanship.

The tournament was sponsored by First Bank, Fidelity Bank, Dangote Group, Wacot and Big Bull, among others.