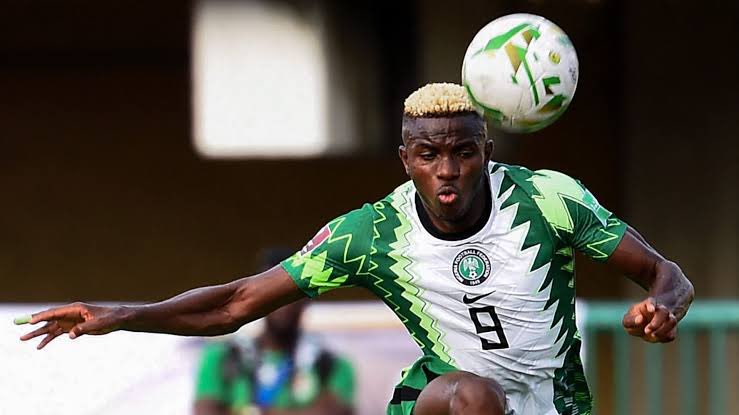 Victor Osimhen netted his ninth Italian Serie A goal of the season as the Super Eagle helped Napoli defeat Udinese 3-2 at the Diego Armando Maradona Stadium to 11 points clear of the league table.

Osimhen continued with his impressive form this season on Saturday afternoon, having scored in five consecutive matches for Napoli in the league prior to today’s match, while Isaac Success provided an assist for Udinese.

The forward opened the scoring for Napoli in the 15th of the match with a powerful header, making his seventh in six consecutive league games for Napoli this season before Piotr Zieliński doubled the lead in the same time interval later.

Eljif Elmas extended Napoli’s lead to three barely 13 minutes into the second half and maintained the pace of the game for the next almost half an hour.

Udinese pulled one back through a volley by Ilija Nestorovski before Lazar Samardzic reduced the deficit to one from a curler.

They would go on in search of an equaliser for the remainder of the game but Napoli held on till the last minute of the game.

Napoli walked away with the maximum three, making it the Gli Azzurri’s sixth consecutive win across all competitions as they maintain their 15 matches unbeaten run in the Serie A this season.