Open grazing or rearing of cattle in Osun would become a criminal offence once the governor assent to the bill. 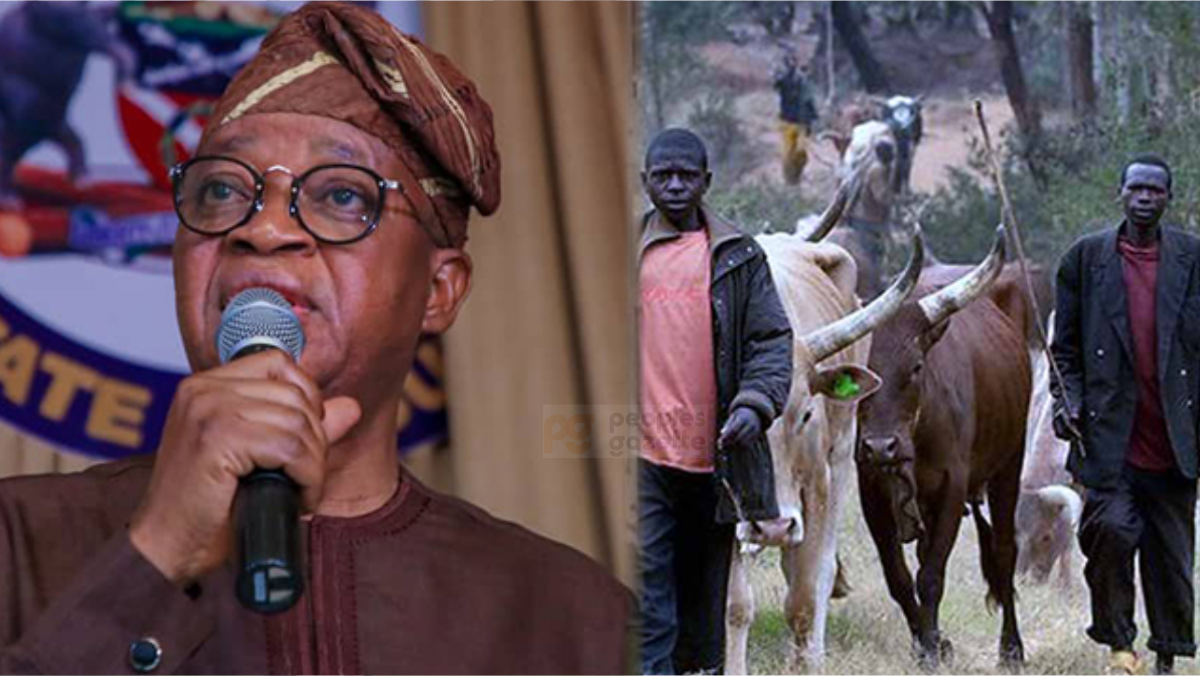 The Osun State House of Assembly on Thursday in Osogbo passed the “Osun Animal Grazing Regulation and Cattle Ranches Establishment Bill 2021’’ after its third reading.

Speaker of the assembly, Timothy Owoeye, explained that the bill, when assented to by the state governor, would regulate animal grazing and establishments of cattle ranches in the state.

Mr Owoeye also added that the bill would also prevent the destruction of farms and farmers’ crops brought about by open rearing and grazing of livestock.

He said the bill would also criminalise and prevent killing of farmers, sexual molestation, environmental degradation and pollution.

He said that when the bill becomes law, no person or group of persons shall rear, herd, or graze any livestock in any part of the state except within permitted ranches.

The speaker said any herdsman or group of herdsmen, who grazed, herded or reared cattle or livestock outside permitted ranches after the bill had been signed into law shall be guilty of an offence.

The bill stipulates a three-year imprisonment without option of fine for the contravention of the law.

It also stipulates the forfeiture of cattle or any livestock under the control of the offender to the state government.

It states that a minor is prohibited from grazing, rearing or herding livestock except under the supervision of an adult.

“A minor who contravenes the provision of the law committed an offence, and the guardian or parent of the minor or owner of the livestock as the case may be, shall be vicariously liable upon conviction to a fine of N300,000 only.

“Permits shall only be issued to a Nigerian who is authorised to conduct business under the bill.

“Preference shall be given in issuance of ranching permits to those within or near districts that are landowners interested in livestock business.

“Any herdsman or pastoralist who attacks or threatens to track any farmer, person or commuter whether or not injury is occasioned by the attack shall be guilty of an offence and liable upon conviction to a term of imprisonment of not less than one year without an option of fine.

“Conveyance of livestock on foot from one destination to another in the state is prohibited, except such movement is by rail, truck or pick-up wagon and is within 7 a.m. and 6 p.m.,’’ the bill states

The assembly equally passed the Violence against Persons (Prohibition) Bill 2021, after its third reading.