Over 200 naked people pose for art installation at Dead Sea

The art installation at the Dead Sea is to draw attention to the ongoing destruction of the world’s saltiest body of water. 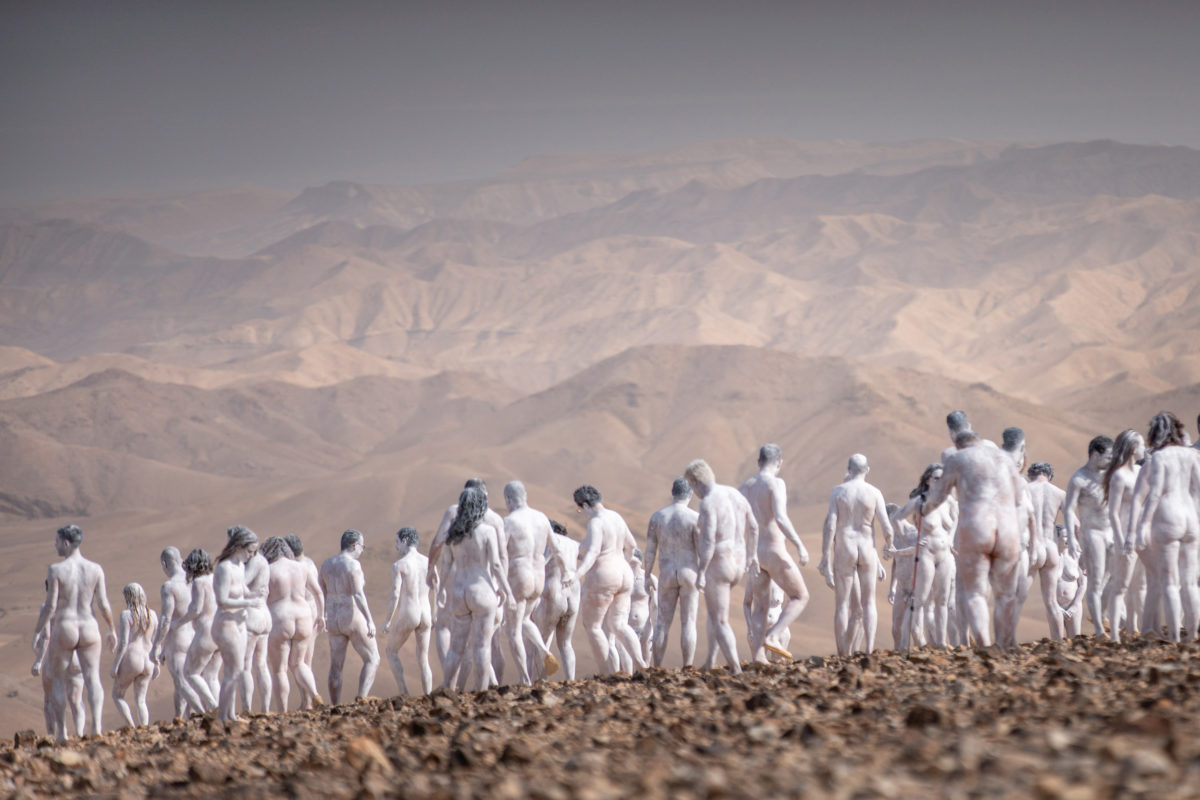 October 17, 2021. Photographer Spencer Tunick on a photo shoot set Near the Israeli city of Arad, close to the Dead Sea. Photo by Yoray Liberman

No fewer than 200 naked people painted in white on Monday took part in an art installation at the Dead Sea to draw attention to the ongoing destruction of the world’s saltiest body of water.

U.S. photographer Spencer Tunick wanted to use his photo installation at the salty lake to support the establishment of the planned Dead Sea Museum in the Israeli city of Arad, the Times of Israel reported.

“The Dead Sea is disappearing,” Mr Tunick told the newspaper. “We need to find a way to sustain the level or to bring freshwater into the Dead Sea, but at the same time, keep all countries surrounded with water. Water is life.”

The water level of the Dead Sea, which lies between Israel, the West Bank and Jordan, has been falling for years. At the shore, the ground is sinking in places.

The lake is fed by the Jordan River and lies more than 400 meters below sea level.

This is Tunick’s third installation at the Dead Sea with models. The naked people were painted white in reference to the biblical story of Lot’s wife.

According to tradition, she became a pillar of salt at the Dead Sea because, in spite of a divine prohibition, she looked back at Sodom, a city destroyed by God for its wickedness.