While signing the budget, Mr Oyetola said that the 2022 budget as at the third quarter of the year, had recorded 83 per cent performance. 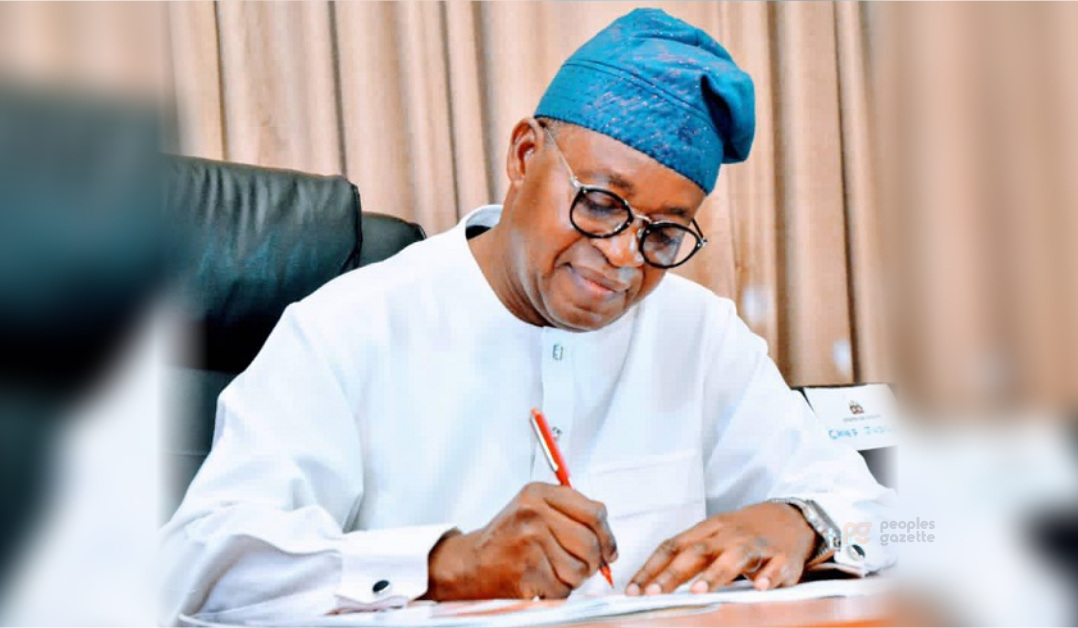 Governor Gboyega Oyetola of Osun has signed the N138 billion budget for 2023 fiscal year into law as he exits office on November 27.

A statement by the Chief Press Secretary, Ismail Omipidan, on Friday said  that the governor signed the bill into law on Thursday night.

The state House of Assembly  on Wednesday passed the appropriation bill.

The total recurrent expenditure of the budget  is N99.2 billion, while the  capital expenditure is N39 billion.

While signing the budget, Mr Oyetola said that  the 2022 budget as at the third quarter of the year, had recorded 83 per cent performance.

He stated that with the passage and signing of the appropriation bill into law, the January-December Budget cycle had come to stay.

Earlier, the Speaker of the House, Timothy Owoeye, commended the governor  for making the January-December budget cycle a reality and putting Osun in an enviable state in the country through the state budgeting.

“The January-December budget cycle is rightly put in place in the state.

“Our state is the first to do so in the country. I congratulate my colleagues for being dutiful and upright” he said.