The government said the training was to promote harmony between traditional rulers and politicians. 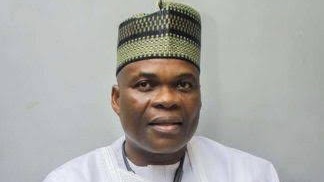 The Oyo government says it has concluded a two-day training on peace-building and conflict management for traditional rulers, politicians and other stakeholders in the state.

Wasiu Olatubosun, the state Commissioner for Information, Culture and Tourism, made this known in a statement on Saturday in Ibadan.

Mr Olatubosun said the event was part of the government’s efforts to further promote harmony between the traditional rulers and political functionaries for accelerated development across the state.

The training, organised by the Ministry of Local Government and Chieftaincy Matters, was held in Ibadan, the state capital.

Mr Olaleye, represented by his permanent secretary, Joel Ajagbe, said the role and relevance of traditional institutions in good governance and democratic processes could not be underestimated.

He said the training was aimed at stemming the tide of rising violent conflicts in some parts of the state and further promoting peace.

“The present government, under the leadership of Governor Seyi Makinde, granted approval of the training for the local governments in the state to experience reasonable development.

“Traditional leaders are the custodians of cultural values, norms, informal rules, code of conduct and conventional practices that established governance before the colonial era.

“The relationship between them and political functionaries has to be cordial for any development to take place at the grassroots,” he said.

The commissioner further said the concept of the training was in line with the state government’s initiative for enhancing peace in the state.

In his remarks, the Okere of Saki, Oba Khaatd Olabisi, thanked Mr Makinde for approving such a programme when Nigeria was preparing for general elections.