Pantami did no wrong, should sit tight as minister: MURIC

“It was not as if the minister committed any official misconduct. Neither is it for abuse of office nor corrupt enrichment.” 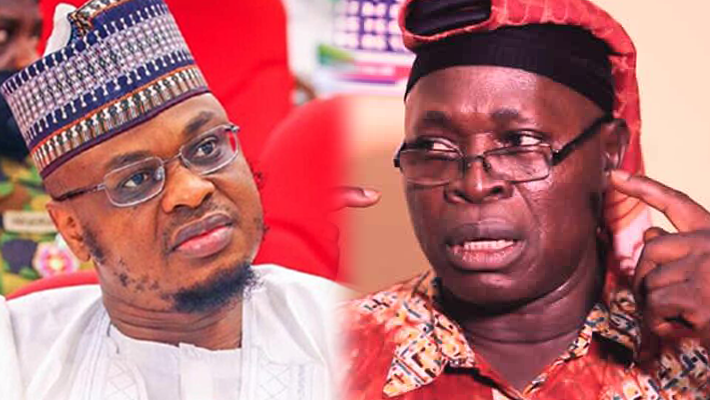 The Muslim Rights Concern (MURIC) has told the embattled Minister of Communications and Digital Economy Isa Pantami to focus on his ministerial duties, not calls for his resignation.

Mr Pantami faces an avalanche of criticisms amid calls for his resignation following Peoples Gazette’s reports of his avowed support for terrorist groups like Taliban, Al-Qaeda, and Boko Haram.

The Gazette had published audio and video recordings showing Mr Pantami’s sympathy and support for the groups.

In a statement on Monday, Ishaq Akintola, the director of MURIC, claimed that the minister did nothing wrong.

“It was not as if the minister committed any official misconduct. Neither is it for abuse of office nor corrupt enrichment. Some people just want to crucify him for daring to acquire infotech skills ostensibly reserved for a certain circle of elites,” Mr Akintola argued.

He added, “The implications of Pantami’s resignation at this crucial stage are too gloomy to contemplate. It is a national security issue. The NIN scheme, our hope for dealing a technical blow on terrorism, insurgency, kidnapping, and all sorts of criminality in the country, will suffer suffocating palpitations. There will be a break in monitoring.”

Further making a case for the minister to remain in office, Mr Akintola said it was important to allow Mr Pantami to finish what he started.

“If any problem arises after we have changed hands in the middle of its implementation, the new boss will easily shift the blame. It will then be a double tragedy. Let the beginner be the finisher,” the Islamic scholar explained.

MURIC’s stand corroborated the view of Bashir Ahmad, an assistant to President Muhammadu Buhari on New Media, who on Sunday tweeted a photoset of quotes from Mr Pantami in solidarity with the minister.

Mr Ahmad’s posturing for Mr Pantami to retain his position as minister was made before the minister purportedly apologised and renounced his pro-terrorist views.