Pastors should use their wealth to help Nigeria’s poor: CAN President

The CAN president urged pastors to expend their wealth for the upliftment of the downtrodden in society. 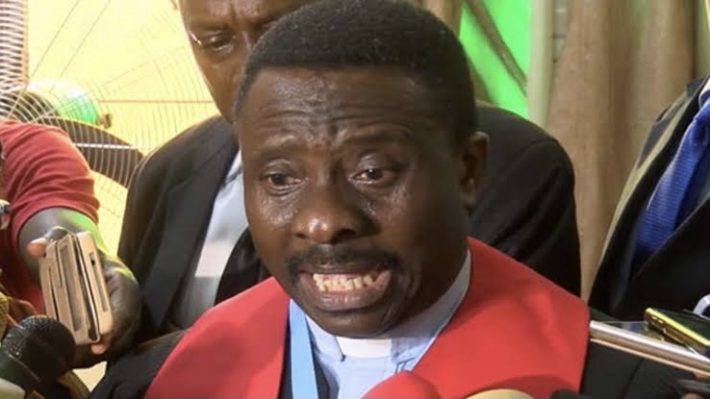 President of the Christian Association of Nigeria, Samson Ayokunle

President of the Christian Association of Nigeria, Samson Ayokunle, has advised pastors to embrace “spiritual brokenness” by using their wealth to address the country’s worsening poverty.

Mr Ayokunle was on Saturday in Abuja speaking at the 70th birthday anniversary and book launch of William Okoye, a former Chaplain at Aso Rock Chapel and General Overseer of All Christians Fellowship Mission (ACFM).

“This is the grace of God at work. Rev. William Okoye is not a flamboyant man. He is a man of modesty, humility, and somebody whose heart is out to help the downtrodden.

“He has committed the resources of the ministry to missions in all aspects including social Ministries that is why he is so distinct from other ministers of God around. I would advise them to embrace the spiritual brokenness,” the CAN president said.

Also speaking, Paul Enenche, senior pastor at Dunamis International Gospel Centre, described the celebrant as a man who was true to his calling. He called on Christians to be awake and alert to the happenings around the world.

“We are seeing situations, crises all over the world in unprecedented dimensions. Nobody ever knew a day will come where churches will not hold because of a pandemic for almost a year.

“So we are seeing things dragging us closer to the end so Christians should be awake because the end can be anytime.