Some voters at the polling area also said they entered a vote-buying deal with agents of the ruling APC. 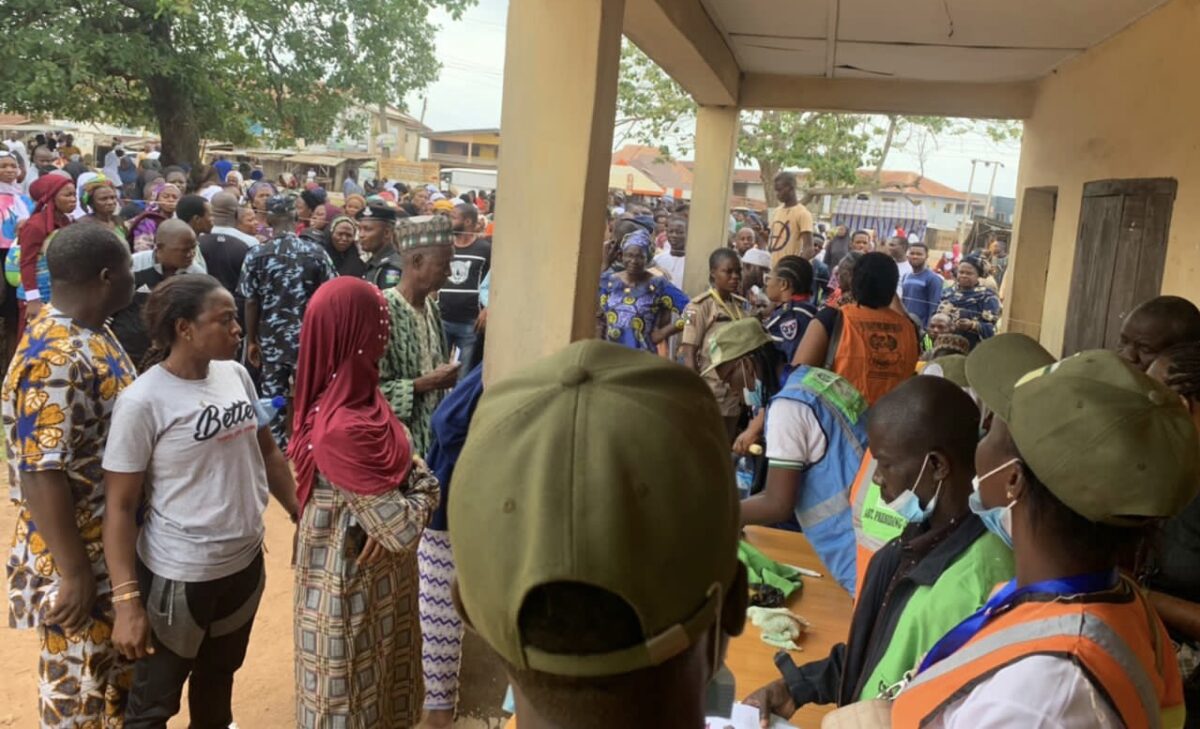 Suspected agents of the Peoples Democratic Party (PDP) were sighted distributing money to voters to influence the outcome of today’s governorship election in Osun.

The agents were seen sharing cash at Polling Units 05, Ward 05, Salvation Army Grammar School. The polling centre, at the heart of the capital Osogbo, had a large turnout of voters, particularly women.

Peoples Gazette reporters observed that the agents, who are also leaders in the party, clustered around the voters. They concealed their identities from our reporters, but people nearby said they recognised them as local enforcers of the PDP.

The agents were seen asking the voters to show their Permanent Voters Cards (PVCs) before directing them to a secluded building for the vote-buying transactions.

A female voter who did not want her name mentioned told our reporters she was given N4,000 after she voted for the main opposition party.

“I have voted, and the man (party agent) gave N4,000. I had to search through the ballot paper to locate and thumbprint the PDP logo,” she told The Gazette as she emerged from the building.

Many of the voters, entering the building in droves, were seen discussing the sharing formula after collecting the money.

The vote-buying arrangement was not limited to the PDP. Voters also told The Gazette that they were expecting cash bribes for votes from the ruling All Progressives Congress after trading their franchise.

A voter whose, whose identity The Gazette has withheld under privacy regulations, said that he had earlier written down his name in a list being compiled by an APC agent.

“APC is yet to distribute money, but I have written down my names in the book with the agent,” he said.  There was a large turnout of security personnel at the polling units observed.

Although electoral office INEC and law enforcement authorities have warned against vote-buying, analysts expect the scheme to continue to overshadow the credibility of elections in Nigeria. Several instances of vote-buing have gone unprosecuted due to the cumbersome legal framework for jailing offenders.