Mr Inuwa recently defected to PDP after losing his bid to secure the state’s All Progressives Congress (APC) governorship ticket. 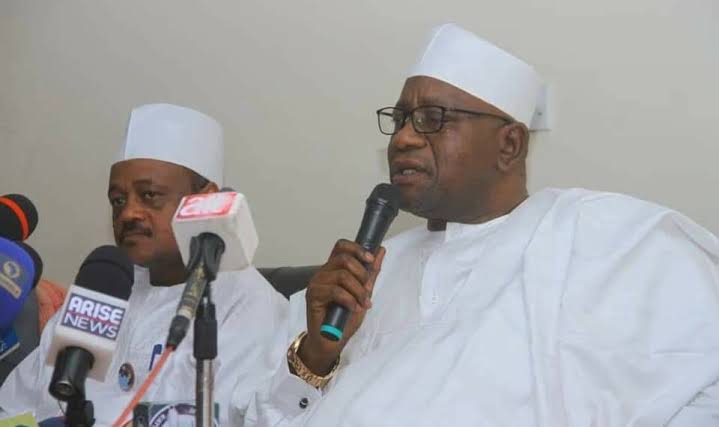 The immediate past Secretary to the State Government (SSG) in Katsina State, Mustapha Inuwa, has been appointed the director-general of the Atiku/Lado Presidential and Governorship Campaign Council.

The PDP gubernatorial candidate in the state, Yakubu Lado-Danmarke, stated this at the inauguration of the party’s presidential/gubernatorial campaign council on Saturday in Katsina.

Mr Inuwa recently defected to PDP after losing his bid to secure the state’s All Progressives Congress (APC) governorship ticket.

Mr Lado-Danmarke expressed confidence that PDP, under Mr Inuwa’s leadership, would defeat APC in the presidential, governorship and other elections.

He said the party had implemented all the necessary strategies to ensure the party’s success in the 2023 general elections.

Mr Lado-Danmarke explained that PDP had completed all necessary arrangements to embark on its campaign, especially house-house, to seek votes from the electorate.

The PDP governorship candidate further said if elected governor, one of his priorities would be to put smiles on the faces of women and youths in the state.

“I assure you that my administration will ensure employment for the youth and implement programmes and policies that will impact on their lives and make them self-reliant.

“We also have plans to end payment of WAEC, NECO and other examination fees by our students in the state and stop payment of card fees whenever our people go to public hospitals.

“We are going to do everything possible to see that we boost the agricultural sector by introducing different programmes to support the farmers in the state,” he assured.

In his acceptance speech, the Atiku/Lado campaign council chairman, Ibrahim Tsauri, assured PDP members that his committee would do everything necessary to see the party’s success.

He called on Nigerians to vote for credible, respected and trusted leaders who would lead them with fear of God rather than those with questionable characters.