A study by the United Nations identified Africa as the continent where physical attacks against persons with albinism are prevalent. 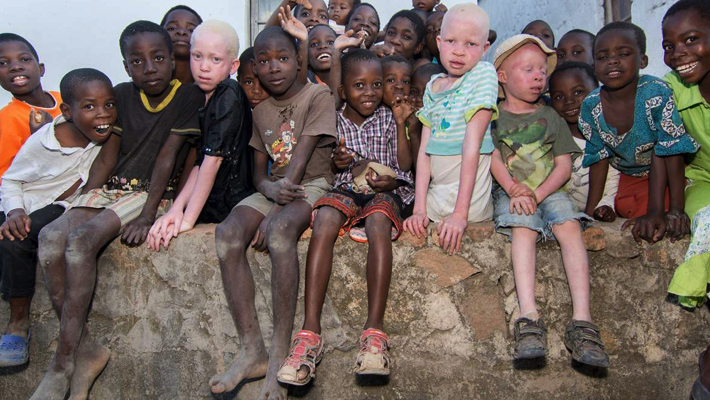 A Photo of PWAs used to illustrate the story[Photo credit:Amnesty International]

The Albino Network Association (TANA) on Friday cried out over the continuous denial of the fundamental rights of people living with albinism (PWA) in Nigeria.

Jaiyeola Fatugase, the chairman of TANA who spoke at a press briefing held ahead of the 2021 International Albinism Awareness Day (IAAD), said that PWAs constantly denied access to good and affordable health care services, less expensive education and employment opportunities.

“Though in Nigeria, killing and maiming of Persons living with Albinism is rare, the stigma associated with the condition is debilitating. Many of our members are denied their fundamental human rights, which I will highlight shortly,” Fatugase said in Lagos.

He lamented that PWAs were suffering double jeopardy of discrimination as a result of their colour and visual impairment.

“As a result of the associated problem of visual impairment, PWAs suffer a double jeopardy of discrimination based on their colour and Visual Impairment,” he said.

“For Women with Albinism, the discrimination they suffer is further heightened due to their gender and the prevailing patriarchal culture in our society.”

According to him, PWAs in Africa have a lower life expectancy as a result of their proneness to contracting skin cancer and practices in the region.

Mr Fatugase implored both the federal and state government to interface with private sector and all government Agencies to make their programs and policies include PWAs.

However, the United Nation, in a study on Albinism identified Africa as the continent where physical attacks against persons with albinism are prevalent.

The study detailed that hundreds of cases of attacks and killings of persons with albinism were reported in 28 countries in Sub-Saharan Africa in the last decade.