PETA stated that “the donkey parts would have been used in traditional Chinese medicine as a supposed enhancement for virility.” 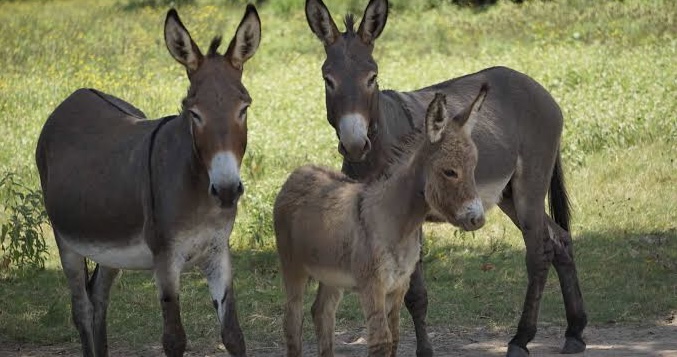 The animal rights group People for the Ethical Treatment of Animals (PETA) has lauded the efforts of the Nigeria Customs Service for intercepting 7,000 smuggled donkey penises at the Murtala Muhammed International Airport, Lagos.

PETA stated that “the donkey parts would have been used in traditional Chinese medicine as a supposed enhancement for virility.”

“THANK YOU to the officers of @CustomsNG who intercepted 7,000 smuggled donkey penises at the Lagos airport on their way to Hong Kong for Chinese medicine,” the animal rights group tweeted. “Nigeria must enact the ban on donkey slaughter NOW to shut down this horrifying trade!”

BBC Pidgin reported the incident on Thursday, saying the suspect linked to the consignment managed to elude the authorities.

The intercepted consignment is estimated to be worth about N200 million.

Phone calls made to Customs spokesperson Timi Bomodi to confirm the development were unanswered.

In 2020, the Nigerian government banned the killing of donkeys and trading of donkey skin in the country to avoid extinction.

In January, the government reiterated its position, warning Nigerians to desist from slaughtering, selling, and eating donkeys.

“Donkey slaughter, donkey trade, donkey meat, donkey hide are illegal businesses. And that is why when we see, we confiscate or we destroy. Do not involve in anything that has to do with donkeys,” said the controller general of Nigeria Agricultural Quarantine Services (NAQS), Vincent Isegbe.

Last week, the Donkey Sanctuary praised the Nigerian government’s ban on the slaughter of donkeys and the export of their skins.

“Nigeria joins other countries, which are seeing the catastrophic effect of the donkey skin trade, in taking action to protect their national herds,” said Ian Cawsey, the director of advocacy and campaigns of the organisation.