Peter Obi can’t get over 200 supporters for Kaduna rally unless it holds on Twitter: El-Rufai

The Kaduna governor added that the 200 people would include “those ‘imports’ that can’t open their shops on Mondays, and came on overnight bus last night!” 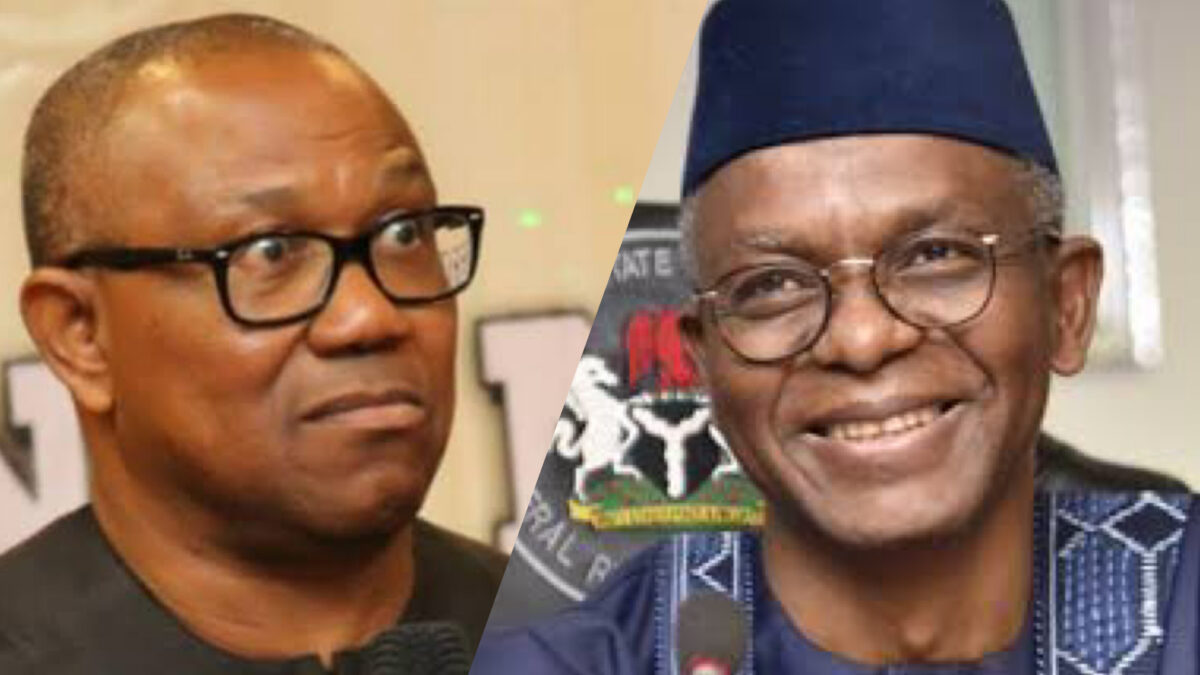 Governor Nasir El-Rufai has mocked plans by supporters of the Labour Party presidential candidate Peter Obi to hold a two million-man march ahead of the 2023 general elections.

“In Kaduna? Not Kaduna Twitter? – I hope you get two hundred persons on the streets,” Mr El-Rufai stated.

The Kaduna governor added that the 200 people would include “those ‘imports’ that can’t open their shops on Mondays, and came on overnight bus last night!”

Last week, Charles Odigbo was named as the leader of the communication team for the Labour Party campaign team.

If Nigeria had spent five per cent of the money borrowed so far on entrepreneurs and power generation, the country would compete with advanced countries,” reasoned Mr Obi.

According to him, Nigeria’s greatest setbacks are bad leadership, corruption and poor policy implications.

Mr Obi explained that the Nigerian economy could be boosted with improved electricity supply and good leadership. The former Anambra governor stated this in Owerri on Saturday at the Jamie Pajoel International (JPI) annual leadership conference.