Supporters at the rally said that they were excited at the huge turnout of Nigerians of different demography who joined the movement. 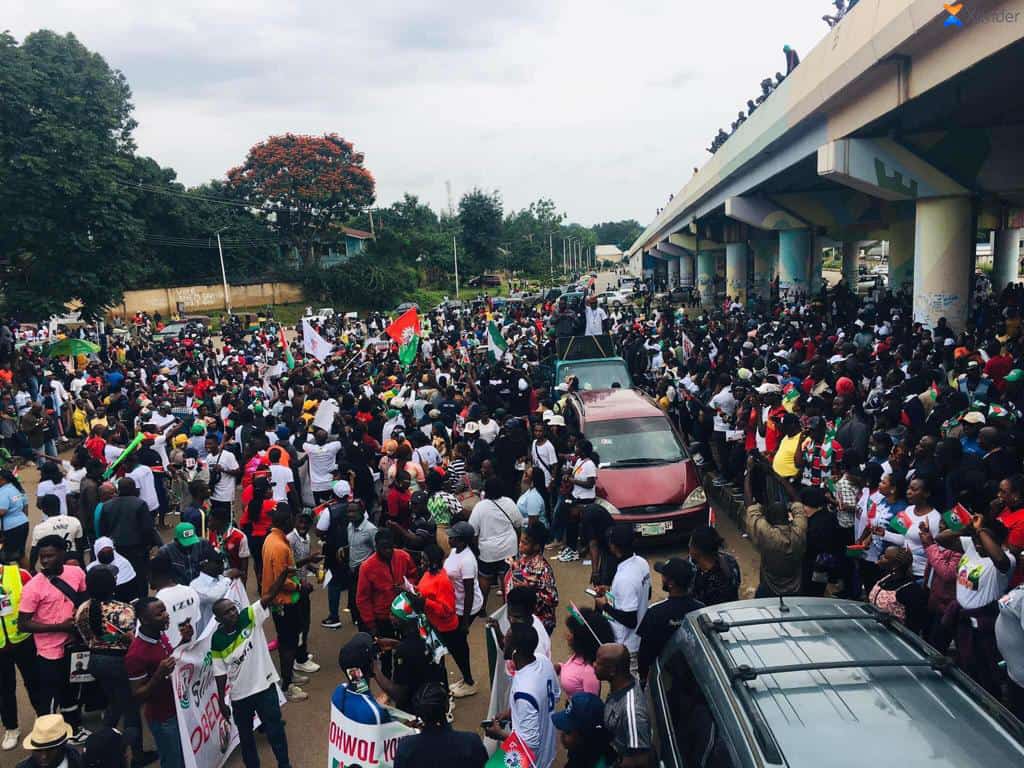 Supporters of the Labour Party’s candidate in the 2023 presidential election, Peter Obi, held a rally in Jos, the Plateau state capital.

The highly anticipated rally witnessed a massive turned out of his supporters on Saturday.

Supporters of the Labour Party hopeful gathered at the secretariat junction around 9:00 a.m. with inscriptions that showed their support for Mr Obi and his running mate, Yusuf Datti.

Rose Adah, a supporter who was at the rally told Peoples Gazette that she was excited at the huge turnout of Nigerians of different demography who joined the movement.

“The crowd I saw there before the actual time of the rally was overwhelming. Everywhere at the famous secretariat roundabout in Jos was filled up, people kept chanting things like “ObiDatti for life, OBIdient, Jos-tified and fully obedient, za mu basu Kunya” and so on,” she said.

According to her, even vehicles in transit with their passengers showed support for the movement.

“Even private cars on transit showed us their PVCs to show their solid support and immense contribution to the movement. The walk lasted from Secretariat down to Bukuru in Jos South,” she added.

Another “Obidient” supporter who was at the rally, Adah Alubo also expressed satisfaction over the enthusiasm of supporters from all works of life who joined the rally.

When asked how today’s turnout might change the dynamics of the 2023 general election, he said, “e go loud. The problem is, no one can tell how many of those people have PVC.”

He also added that the process was peaceful, thanks to joint efforts by security personnel on the ground.