The suspects were known distributors of illegal drugs in the capital and surrounding provinces. 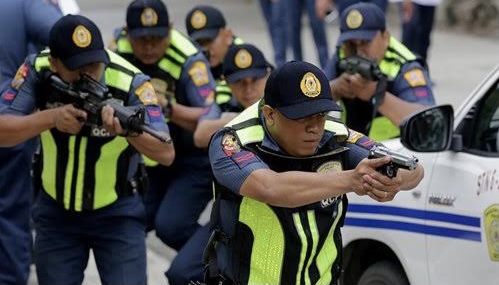 Philippine police killed four Chinese nationals on Monday during an anti-illegal drugs operation that led to the confiscation of more than 262 million pesos ($5.24 million) worth of crystal meth.

The suspects, from Fujian and Shanxi in China, were known distributors of illegal drugs in the capital and surrounding provinces, a police report said.

The police had set up a sting operation to buy crystal meth, locally called shabu, the most popular illegal drug in the Philippines, from the suspects in a residential subdivision in Angeles City, 83 kilometres north of Manila.

A shoot-out erupted when police announced the bust and the Chinese suspects opened fire.

However, the police confiscated 38 kilogrammes of crystal meth, four 45 calibre pistols and a mobile phone from the suspects after the gun battle, the police report said.

Meanwhile, the suspects were believed to be connected to four Chinese suspects killed and three arrested in another buy-and-bust undercover operation in the Northern Province of Zambales last month.

The police had seized 500 kilogrammes of shabu worth nearly four billion pesos during the September 7 operation.

Rodrigo Duterte’s administration has been implementing an aggressive campaign against illegal drugs since 2016 when he was elected on an anti-crime platform.

More than 7,000 people have been killed in police operations against illegal drugs in the Philippines in the past five years.

Human rights groups have alleged that the toll could even be three times that number.

In September, the International Criminal Court announced that it would open a full investigation into Mr Duterte’s “war on drugs campaign” after a preliminary probe showed there was a widespread and systematic attack against the civilian population due to a state policy.