NFF president Amaju Pinnick and football stakeholders have hailed the Super Eagles over its performance in an international friendly game against Mexico on Sunday. 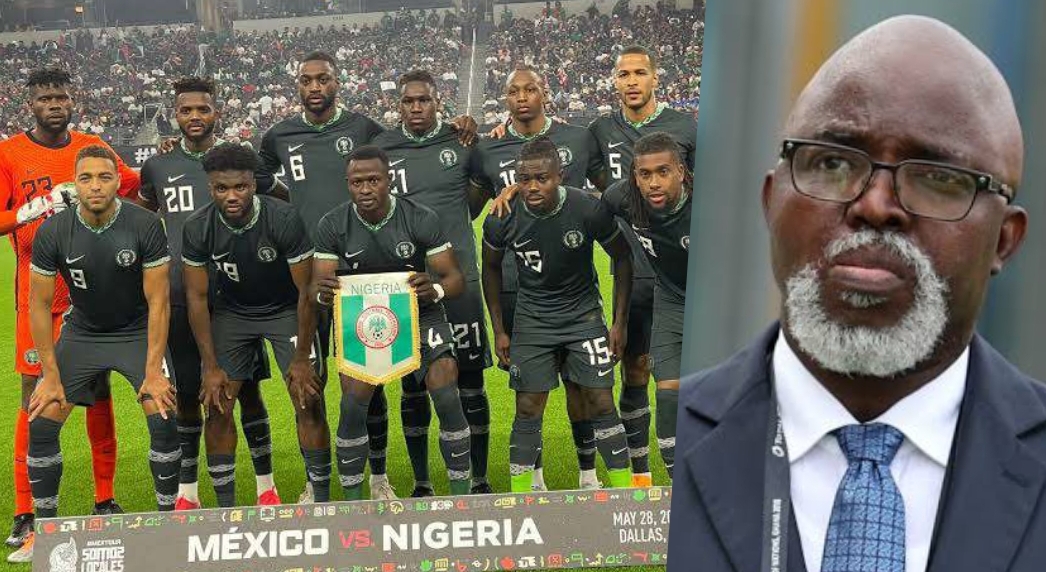 Cyriel Dessers’ goal was not enough for the Eagles as an own goal by captain William Troost-Ekong and a goal by Santiago Giménez sealed the win for Mexico.

The match was the Super Eagles’ first of two international friendlies lined up by the Nigeria Football Federation (NFF).

It was also head coach Jose Peseiro’s first game in charge of the team, and part of their preparations for the 2023 Africa Cup of Nations (AFCON) qualifiers.

“I am happy with what we put up out there. It was the first time after the disappointment of the World Cup playoff and you can say this is a makeshift team, while Mexico had their full-strength squad out there,” said Pinnick. “I like what I saw today (Sunday) and I have confidence that we have appointed the right coach that can restore the glory of the Super Eagles and make them start winning once more.”

Football stakeholders on Sunday hailed the boys for putting up a good performance, adding that the performance of the local-based players introduced by the coach was commendable.

Felix Anyansi-Agwu, Enyimba International Football Club of Aba chairman praised the players for putting in an impressive performance and urged them to put in more effort in their next game to ensure a positive outcome.

“I am happy that the objective of playing international friendlies of this magnitude, which is to try out new legs as well as infuse local content into the team was achieved,” he stated. “With what I saw of the players, especially the home-based display in the little time they were introduced into the game, I was impressed.”

Anyansi-Agwu added, “I was indeed very happy and proud with one of our own Victor Mbaoma who I think vindicated his call-up to the squad and proved that he could be a force to be reckoned with in the future of the Super Eagles.”

Former NFF board member and chairman of Rivers United, Christopher Green, expressed his delight at the performance of the boys, adding that seeing the home-based feature was “a breath of fresh air.”

He explained that he was hopeful that some of the local based players would finally be given a permanent shirt in the squad.

“I think the boys gave a good account of themselves and I was particularly pleased to see two of our boys, Rafiu Ishaq and Chiamaka Madu come in as substitutes in the second half,” noted Green. “This is indeed a welcome development and I hope it can continue as it helps to boost the morale of the boys and give them a sense of belonging.”

In the same vein, Alloy Chukwuemeka, executive secretary of the NPFL Club Owners Association of Nigeria, lauded the performance of the team.

He also hailed Peseiro for showing faith in the invited home-based players after fielding four of the boys in the game and noted that the move by the coach was a complete diversion from the usual norm where the local players who are invited to camp never get a chance to justify their call-up or prove their worth.

Enyimba forward Mbaoma, Katsina United midfielder Sani Faisal and Rivers United duo Ishaq and Madu came in as substitutes in the second half.

“They (NPFL players) came and they played very well. We can’t hide it, they had two players in front controlling our five at the back,” said Peseiro.

Nigeria had eight shots on goal compared to Mexico’s 12, while Uzoho made four saves as against Cota’s one.

The Eagles were expected to fly to New Jersey later Sunday, ahead of Thursday’s clash with Ecuador at the Red Bull Arena in Harrison.