The PDP had asked the court to compel INEC to prevent Messrs Tinubu and Obi from replacing their running mates. 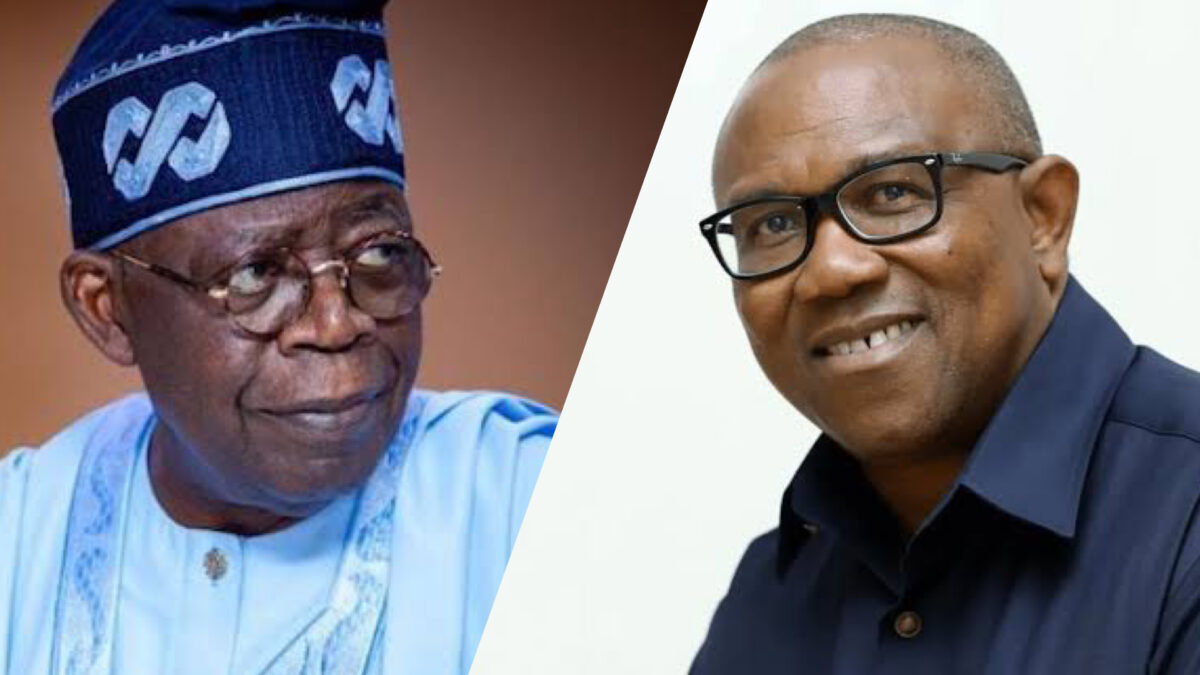 The Abuja Division of the Federal High Court has dismissed a suit filed by the Peoples Democratic Party (PDP) against Bola Tinubu and Peter Obi, the All Progressives Congress and Labour Party’s presidential candidates, respectively.

On Monday, Justice Donatus Okorowo held that the suit was unknown to law and hence, described it as “an abuse of court process.”

Mr Okorowo, who said the court lacked jurisdiction to entertain the matter, also held that the suit did not disclose any reasonable cause of action against the respondents.

“When a court finds out that a suit is an abuse of court process, the court has the right to dismiss it,” he stated.

The PDP had asked the court to compel INEC to prevent Messrs Tinubu and Obi from replacing their running mates with Kashim Shettima and Datti Baba-Ahmed, respectively.

The PDP also asked the court to disqualify Messrs Tinubu and Obi unless they contest alongside their placeholder running mates, Messrs Masari and Okupe.

In the originating summons with suit number FHC/ABJ/CS/1016/2022, the PDP sought an order barring the INEC from replacing the running mates of Tinubu and Obi.

Mr Tinubu had nominated Mr Masari as a surrogate running mate or placeholder to beat the June 17 INEC deadline.

Mr Obi had also nominated his campaign manager, Okupe, as an interim running mate. However, INEC gave a grace period of about one month to substitute their names.

After weeks of consultations, Messrs Tinubu and Obi nominated Messrs Shettima and Baba-Ahmed, respectively, while Messrs Masari and Okupe resigned.

However, the PDP asked the court to determine if, by the combined interpretation of Section 142(1) of the constitution, Section 29(1), 31 and 33 of the Electoral Act 2022, and INEC’s timetable, Messrs Tinubu and Obi are bound by the submission of Messrs Masari and Okupe as their running mates.

The party also asked the court to determine if “by the combined interpretation of Section 142(1) of the Constitution of the Federal Republic of Nigeria, Sections 29(1), 31, 33 of the Electoral Act 2022, the first defendant (INEC) can validly accept any change or substitution of the fourth (Masari) and seventh (Okupe) defendants as running mates of the third (APC) and sixth (Labour Party) defendants.”

The PDP sought five reliefs, including a declaration that by the combined interpretation of Section 142(1) of the constitution, Section 29(1), 31 and 33 of the Electoral Act 2022 and INEC’s timetable, both Messrs Tinubu and Obi must be bound by their submission.

The party asked the court to rule that the presidential candidates be disqualified for substituting their running mates’ names. The PDP also based its argument on the fact that the term ‘placeholder’ is unknown to Nigerian law.

“The Electoral Act makes no provisions whatsoever for placeholder or temporary running mates. The acts of the second (APC), third (Tinubu), fifth (Labour Party ), and sixth (Obi) defendants in nominating and forwarding the names of the 4th (Masari) and seventh (Okupe) defendants as running mates for the 2023 Presidential election is valid and subsisting,” the party added.