The impeached chairman was accused of stealing over N300 million from the local government coffers through an LG employee. 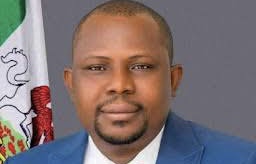 The Langtang North Local Government Council’s chairman, Bitrus Zulfa Rimven, has been removed from office over allegations of corruption and other offences.

Mr Rimven was accused of stealing more than N300 million from the local government coffers through an LG employee named Samuel Malo Magit.

He was also accused by the legislative arm of the local government of failing to establish the council’s executive branch, resulting in him managing the council’s business on his own, violating Section 34(c) of the Plateau State Local Government Council Law 2016.

According to information obtained, the Legislative Council informed the Chairman about his removal based on a variety of allegations levelled against him.

The councillor, who represents the Pishe-Yashi Ward and the leader of the council presided over the removal session on Tuesday.

Immediately after the roll call by the council leader, the councillor representing Jat ward, Dashe Yarnab, moved the motion for the removal, seconded by the deputy leader of the House, Dindam Longbap Wuyep.

The leader of the House, Nanzing Maina moved the motion for the swearing in of the deputy chairperson of the LGA, Nancy Philemon Paul, as the substantive head of the local government with immediate effect.

The deputy leader claimed that the removed chairman had been served a removal notice since August 31, but failed to address the accusations against him.