The prosecutor said the defendants allegedly assaulted the two staff of EKEDC by beating and seizing their electrical wire from them. 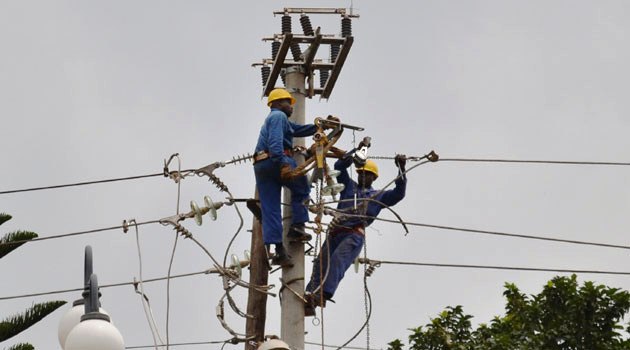 Electricity workers on pole used to illustrate the story

The defendants, Taiwo Nupo, 25, and Balogun Olatunji, 36, whose addresses are unknown, are standing trial on a count charge of assault.

The prosecutor, ASP Clement Okuoimose, told the court that the defendant committed the offence on March 11, at about 10:00 a.m., at Zanzunmeh St. Itoga, Badagry area of Lagos.

Mr Okuoimose said the defendants allegedly assaulted the two staff of EKEDC by beating and seizing their electrical wire from them.

The prosecutor said the offence contravened Sections 173 of the criminal law of Lagos state, 2015.

The Chief Magistrate, Fadaunsi Adefioye, granted the defendants bail in the sum of N50,000, each with one surety in like sum.

Mr Adefioye adjourned the case until April 19 for mention.