Governor-elect Ademola Adeleke of the PDP would be sworn in to replace incumbent governor Gboyega Oyetola of the APC. 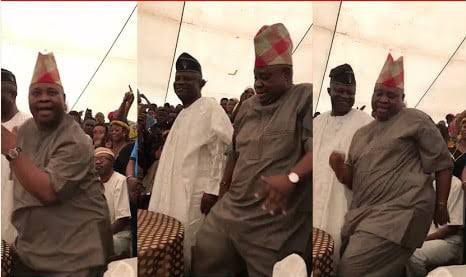 The Commissioner of Police in Osun, Faleye Olaleye, has assured residents of the state of adequate security before, during and after the inauguration of a new government on November 27.

The inauguration of the governor-elect, Ademola Adeleke of the Peoples Democratic Party (PDP), is slated for Saturday at the Osogbo Township stadium.

Mr Adeleke takes over from Governor Gboyega Oyetola of the All Progressives Congress (APC) who lost in the election held on July 16.

A statement issued on Tuesday in Osogbo by Yemisi Opalola, the command’s spokesperson, quotes Mr Olaleye as giving the assurance when inspecting the Osogbo Township Stadium, venue of the transition programme.

Ms Opalola said that the CP had before the inspection held a meeting with security chiefs in the state, where they strategised on measures to provide adequate security in the state during the programme.

She said that after the meeting, the CP in company of other security chiefs inspected the Osogbo Stadium and also went round the metropolis on operational patrol and show of strength.

“The CP equally enjoined parents and guardians to warn their wards to stay clear of anything that would cause breach of peace, saying anyone caught violating the law will face the full wrath of the law,” Ms Opalola said.