The taxi driver, Agoola Alabi, was declared wanted after an incident involving an FRSC officer in the Ogba area of Lagos. 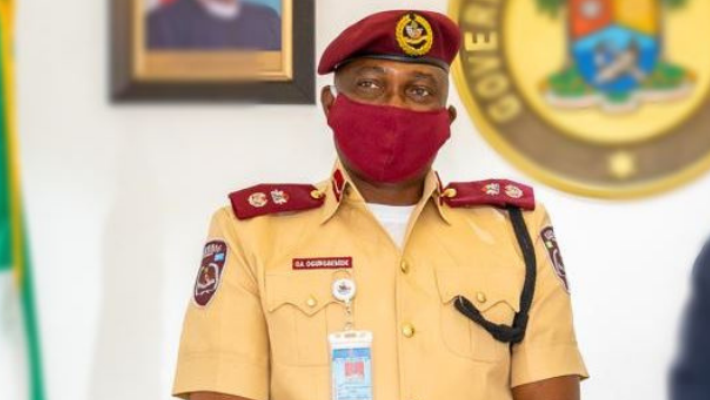 FRSC Sector Commander in Lagos, Olusegun Ogungbemide, made the disclosure in a statement issued on Tuesday by the Route Commander FRSC, Public Education, Olabisi Sonusi.

According to the report, the taxi driver, Agoola Alabi, was declared wanted after the incident that led to Marshal FW Igwe sustaining injury on Wempco Road, near Sunday Market, in the Ogba area of Lagos metropolis.

Mr Ogungbemide said that Mr Alabi was arrested on Monday, July 25, on Ketu-Ikorodu Road near Owode-Onirin, 10 months after absconding from Ogba.

He said that the offender was handed over to Nigeria Police Area G in Ogba, where the case was reported.

He added that the suspect’s vehicle, a Volvo wagon with registration number DE 179 MUS, had been impounded at the FRSC base for legal action against him.

The sector commander commended the police for the diligence and the “sustained collaboration that has led to this arrest.”