“With consultation and legislation, this principal raw material for the leather industry will be rescued from our kitchen and redirected to a more productive leather enterprise.” 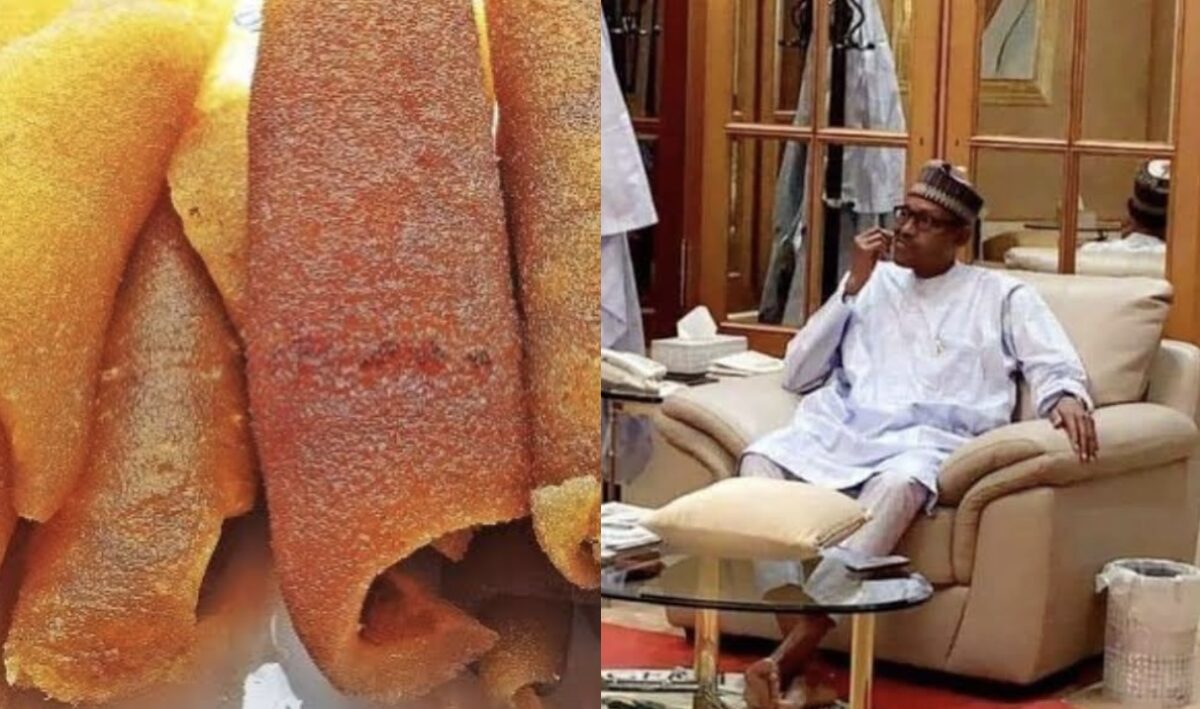 President Muhammadu Buhari’s regime hopes to rake in $1 billion in revenue by 2025 after banning ponmo in Nigeria to increase the export of processed leather.

This was disclosed by Nigerian Institute for Leather Science Technology (NILEST) director-general Mohammed Yakubu on Wednesday during the sixth Annual National Conference of the Society for Leather Technologists and Chemists of Nigeria, held in Zaria.

“Leather export from Nigeria has been projected to generate over one billion dollars in annual revenue by the year 2025, thus making it a cash cow in the non-oil sector of the economy,” he said.

Mr Yakubu added that Nigeria had maintained a reputable supply of leather products to Europe and Asian markets, citing the Nigeria Export Promotion Council trade performance index as indicating that Italy and Spain receive over 71 per cent of the total leather exports from Nigeria.

He complained that “inappropriate” consumption of animal skin has led to the closure of most tanneries in the country.

“Many leather industries have been shut down, with less than 14 tanneries managing to exist at various levels of operation. Several reasons were identified and documented for the closure of the tanneries, major among them was the inappropriate consumption of animal skin which is the principal raw material for the leather industry,” stated the NILEST director-general.

According to him, apart from the economic indiscretion of having animal skin on our menu, there are health and environmental hazards associated with handling, processing and consuming animal skin.

He revealed his plan to continue to engage key stakeholders in the crusade against the consumption of animal skin across Nigeria.

“With consultation and legislation, this principal raw material for the leather industry will be rescued from our kitchen and redirected to a more productive leather enterprise,” Mr Yahaya said.

Pushaka Julius, the SLTC national president, said the association would work with the institute and other key stakeholders to fill in the gaps to transform the leather industry.