“We are poised to garner five million votes for Tinubu’s presidential aspiration.” 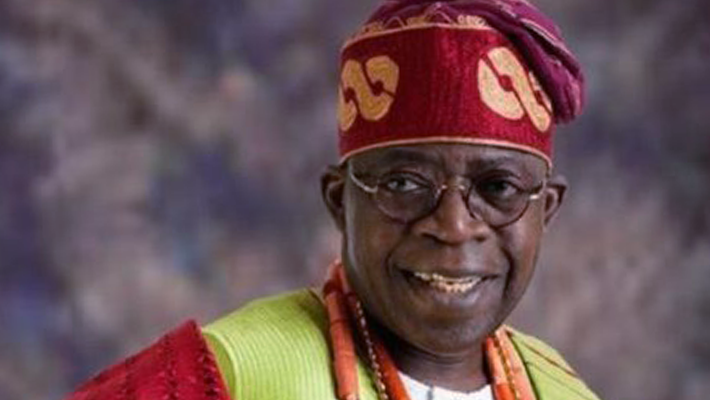 The Nigerian Youth and Diaspora Forum for Bola Ahmed Tinubu E-Campaign (NYD4BAT) says it is trying to ensure Mr Tinubu gets five million votes in the 2023 presidential election.

Mr Tinubu has yet to pick the APC presidential ticket.

Speaking at the inauguration of NYD4BAT on Wednesday in Lagos, its chairman, Tito Philips, described Mr Tinubu as the best to become the next president.

Mr Philips said the focus of NYD4BAT included organising Nigerian youths both home and in diaspora into a formidable political movement for good governance in Nigeria.

“NYD4BAT is poised to engage Nigerian youths on the state of the nation during electioneering campaign for positive attitudes devoid of violence. We are poised to garner five million votes for Tinubu’s presidential aspiration through a responsible campaign both on and offline by reaching out to other critical stakeholders,” he stated.

According to Mr Philips, only Mr Tinubu will get results for Nigerians.

“Politicians are famous for their campaign promises that never become a reality. Our people are tired of being deceived by politicians with little or no track record,” he stressed. “They want results. And what better way to judge a person’s ability to deliver the results you want other than previous results achieved. Of all the perceived reservations about BAT, his irrefutable results, most notably in Lagos state, is never contested.”

Also, Ajibola Patrick, chairman of the group in Nigeria, said, “Nigerian youths can no longer sit akimbo and watch helplessly the troubles the country was going through.”

Mr Patrick added that Mr Tinubu stood in the best position to rescue Nigeria at this time of the nation’s history, noting that the former governor had made major contributions to the development of Lagos and Nigeria in general.

Chairman of the Nigerians in Diaspora in Romania, Adeniyi Sanusi, also mentioned that Mr Tinubu’s contributions to the development of Lagos and Nigeria were quite visible.