The farmers are continuing their protest until the government compensates families of 700 farmers who died during their agitation. 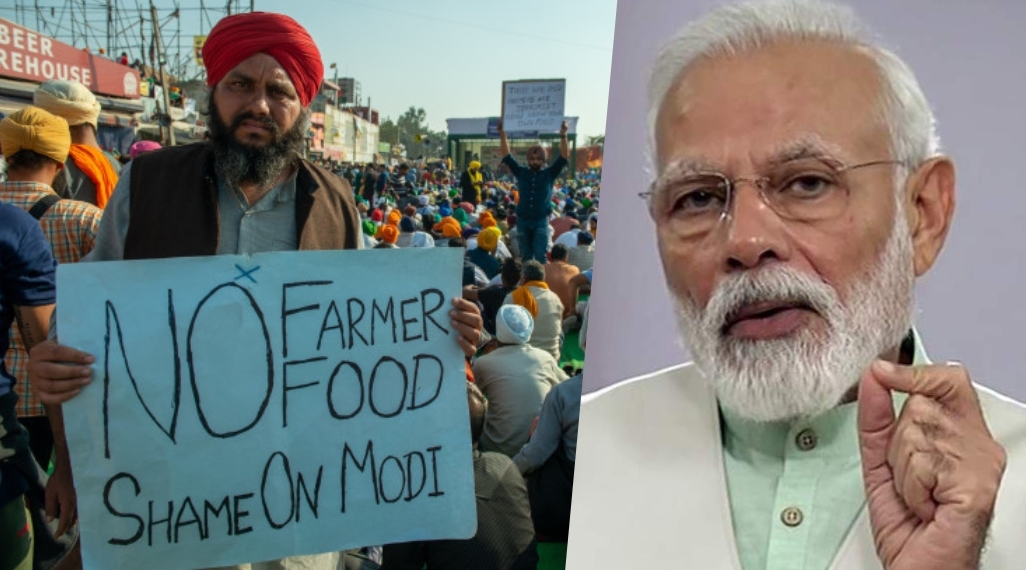 A composite of protesting Indian farmers and Narenda Modi

The Indian parliament on Monday passed a bill to cancel contentious farm laws that have led to a protracted agitation by farmers, officials said.

The development came at the beginning of the winter session of parliament during which key legislation, including a cryptocurrency bill, will be introduced.

The farm laws repeal bill was passed by both the lower and upper houses of parliament, Parliamentary Affairs Minister, Pralhad Joshi, said amidst protests by the opposition that demanded a discussion on the issue.

The legislation will likely be signed off by President Ram Nath Kovind by Monday night.

Farmers groups have been holding protests since November last year to demand the withdrawal of three agricultural laws.

The laws were aimed to ease regulations around the storage and marketing of crops but farmers voiced their fears that big corporations would benefit and farmers would be left at the mercy of the free market.

In a surprise move on November 19, Prime Minister Narendra Modi, announced the rollback of the laws, while maintaining they were meant to empower small farmers.

The leaders of the farmers have welcomed the decision to withdraw the laws but say they will continue their agitation till their other demands are met by the government.

The farmers are also asking for a guarantee on minimum support prices for crops and compensation for families of around 700 farmers who died during the agitation.

Agriculture with its allied sectors is the largest source of livelihood in India and around 70 per cent of rural households depend on it for a living.