This was the verdict of NATO Secretary-General Jens Stoltenberg while commenting on the eight-month-long conflict on Wednesday. 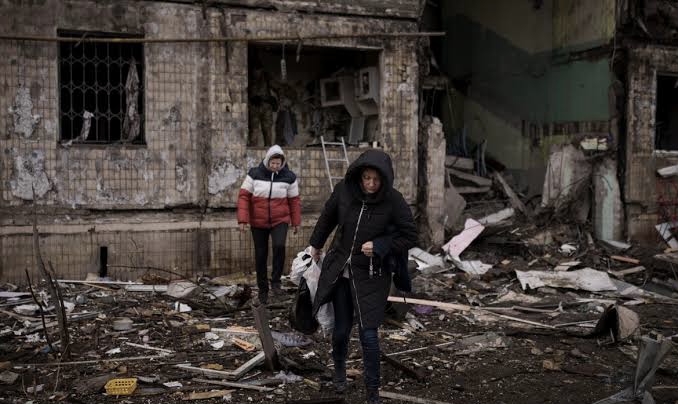 Following the call up of reservist troops by Russian President Vladimir Putin, the North Atlantic Treaty Organisation (NATO) has warned that further incursion into Ukrainian territory will cause more deaths and suffering on either side.

This was the verdict of NATO Secretary-General Jens Stoltenberg while commenting on the eight-month-long conflict to Reuters’ Editor-in-Chief Alessandra Galloni on Reuters’ Next Newsmaker on Wednesday.

“Any mobilisation will add to the number of troops and forces they have, that will take time, and they will require equipment and what we have seen so far is that Russian troops are ill-equipped, they lack proper command and control and struggle a lot with logistics,” Mr Stoltenberg said.  “Of course, more troops will escalate the conflict, that will mean more suffering, more loss of lives, Ukrainian but also Russian lives. President Putin can end this war by withdrawing his forces, by stopping invading another country. This is a blatant violation of international law.”

In a televised address, President Vladimir Putin said 300,000 reserve troops had been called up to continue the fight in Ukraine and explicitly supported a plan to annex parts of the country, hinting at using nuclear weapons to defend Moscow.

The bloc maintains that it will continue to support Ukraine in defence against Russia.

“The NATO message is – we must continue to support Ukraine, impose sanctions on Russia, and we must mobilise the whole international community…to clearly condemn the Russian invasion of Ukraine,” Mr Stoltenberg added.

NATO powers, such as the United States, have been on the frontlines delivering arms and equipment to Ukraine’s forces in a counter-offensive against Russia’s invasion.

Last week, the U.S. announced further military aid to Ukraine to the tune of $600 million. This drawdown will bring the total U.S. military assistance for Ukraine to approximately $15.8 billion since the beginning of President Joe Biden’s administration.

“Pursuant to a delegation of authority from the President, I am authorising our twenty-first drawdown of U.S. arms and equipment for Ukraine since September 2021.  This $600 million drawdown includes additional arms, munitions, and equipment from U.S. Department of Defense inventories,” State Secretary Antony Blinken announced.

In May, the Biden administration approved a $40 billion aid package to Ukraine, covering military, economic and food aid. The U.S. had also given Ukraine military equipment, including 16 helicopters, over 1,400 Stinger anti-aircraft missiles, 90 howitzers, and more than 7,500 small arms, according to a Congressional report.

Germany and the United Kingdom have also supported Ukraine by providing weapons and establishing immigration and refugee programs to house those fleeing the war.