Nearly 6.2 million refugees from Ukraine have been recorded across Europe as of July 26, according to United Nations data. 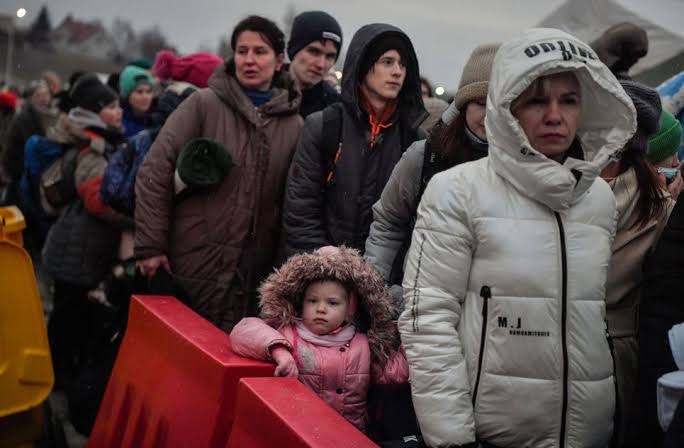 The United Kingdom has received more than 100,000 Ukrainians since it launched two schemes  to help those fleeing the country following Russia’s invasion in February

On Thursday, the Department for Levelling Up, Housing and Communities thanked the public for opening up their homes to those fleeing the conflict.

“We would not be able to welcome 100,000 people from Ukraine to our shores without generous people around the country opening their doors,” Refugees Minister Lord Harrington said in a statement.

The figure was after the Homes for Ukraine Scheme allowed new applications from children and minors under the age of 18 to come to the UK without a parent or guardian.

The government said it will be providing £10,500 per person under the Homes for Ukraine Scheme to councils to enable them to provide support to families to rebuild their lives and fully integrate into communities. The £10,500 includes a one-off payment of £200 that councils will provide to each Ukraine guest upon arrival as well as a £350 ‘thank you’ monthly payment for sponsors.

Already 104,000 Ukrainians have arrived in the UK. As of July 26, the number of applications received by Britain under its two Ukraine visa schemes was 198,200, according to government figures, with a total of 166,200 visas issued.

Other visa schemes set up to support those fleeing Moscow’s war in Ukraine include the Ukraine Family Scheme, which has brought in 31,300 Ukrainians and the Ukraine Sponsorship Scheme, bringing in 72,700 people.

Nearly 6.2 million refugees from Ukraine have been recorded across Europe as of July 26, according to United Nations data. Poland alone has registered more than 1.2 million Ukrainians.