Mr Ononamadu spoke against the backdrop of reported double registration by some Nigerians. 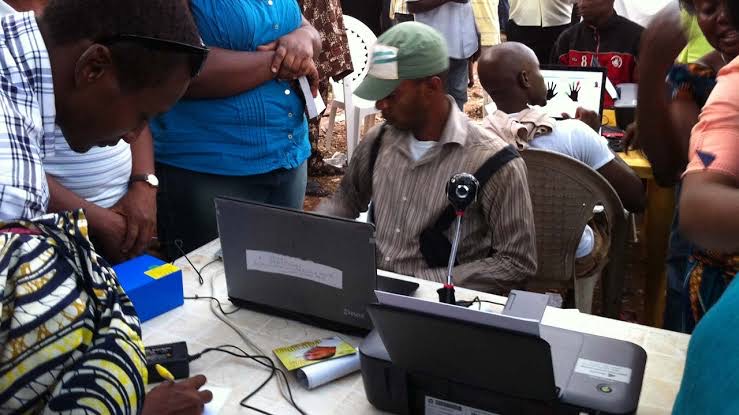 The Independent National Electoral Commission (INEC) says the permanent voter cards (PVCs) are permanent cards “which do not expire by any means or standard.”

The INEC Resident Electoral Commissioner (REC) in Enugu State, Dr Emeka Ononamadu, said this on Thursday, while speaking on the status of PVCs during an interactive session with journalists.

Mr Ononamadu spoke against the backdrop of reported double registration by some Nigerians.

Many registered voters had been trooping to INEC registration centres for fresh registration, following widespread rumour that PVCs could expire after a specific period of time.

He said: “The commission does not understand where such wrong and misleading information on PVCs’ expiration is coming from.

“We have always made it clear that our PVCs are permanent and without any expiration or invalid date.”

The REC said that the misleading information had led to double or multiple registrations, overcrowding and pressure on the commission’s resources for the Continuous Voter Registration (CVR).

“The commission has regularly notified citizens that PVCs do not expire, hence there is no need for those who registered before to repeat the process or crowd the CVR centres.

“Any rumour that PVCs of those that registered from 2011 had expired is false and should be disregarded,” he said.

Mr Ononamadu said that the commission had created over 50 voters’ status update points to discourage double or multiple registrations.

“We also encourage citizens that have registered before, who can do it on their own, to check their voter status before attempting to register again since double registration is a violation of the law,” he said.

Mr Ononamadu further said that during the clean-up of registration data in the first six months of the CVR, 46 per cent of those that registered in Enugu were double registration and thus invalid.

“This is above the national average of 44.6 per cent.

“We have embarked on renewed sensitisation to discourage citizens from engaging in double/multiple registrations.

“The essence is to save the time required for fresh registrants to register and avoid waste of scarce public resources,” Mr Ononamadu said.