Costa Rica were unable to register a single shot throughout the game, becoming the second country to do so in a World Cup match since 1966, 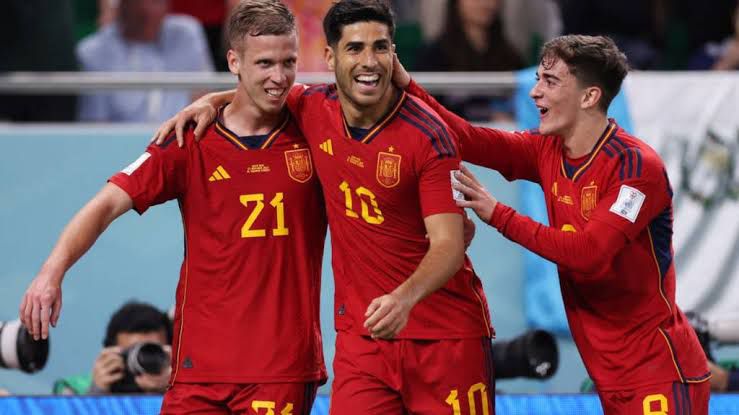 Spain began their FIFA World Cup in superlative form on Wednesday, with the 2010 winners of the tournament thrashing Costa Rica 7-0 at the Al-Thumama Stadium to go top of Group E.

Coach Luis Enrique lined up relatively young players upfront, with Barcelona trio of Feran Torres, Gavi and Pedri all making their World Cup debut for Spain in the one-sided encounter.

With five of the seven goals scored being from the players making their FIFA World Cup debut, La Furia Roja dominated from start to finish.

Marcus Asensio doubled the lead in the interval after Navas failed to deal with the shot from the Real Madrid defender. Another debutant Feran Torres extended the lead from the spotkick just on the half hour mark.

Four second half goals including Torres’ second in the match, two debut World Cup goals from Gavi and Carlos Soler and a late goal from Àlvaro Morata sealed a resounding victory for the one-time winners to go top of Group E.

Costa Rica were unable to register a single shot throughout the game, becoming the second country to do so in a World Cup match since 1966, breaking the record set by themselves at 1996 World Cup game against Brazil.