The 73-year-old monarch met with Truss at Buckingham Palace in London Friday, marking their first formal meeting in their new roles. 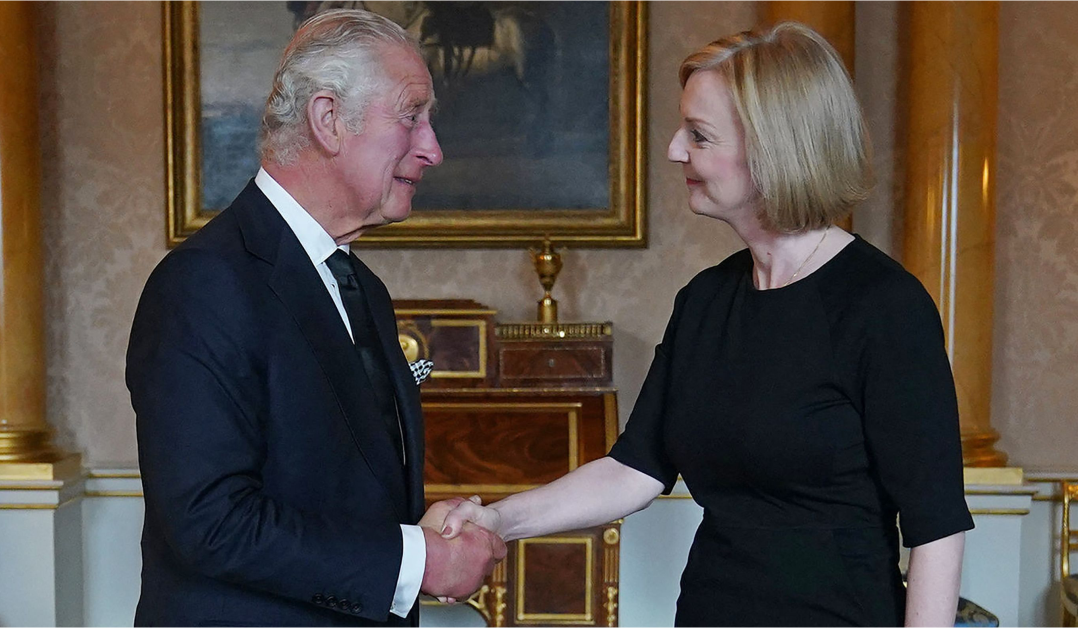 King Charles has described the death of Queen Elizabeth II as “the moment I’ve been dreading, as I know a lot of people have.”

“It’s very kind of you to come in. I know how you’ve been busy, to say the least,” King Charles told the new premier with a laugh.

On a more sombre note, he said that the outpouring of sympathies following his mother’s death meant so much.

“It’s been so touching, this afternoon, when we arrived,” he said of the tributes he and his wife Camilla, Queen Consort, found in London.

Truss, 47, met Queen Elizabeth at Balmoral Castle on Tuesday, following her election as leader of the Conservative Party. She became the 15th – and final – prime minister appointed by the Queen.

The audience was historic, as it marked the first time in the Queen’s record-breaking 70-year reign that she did not meet a new premier in England.

The Queen had been experiencing episodic mobility issues, and a source said the appointment was hosted at Balmoral for certainty of schedules.

Charles and his wife, now known as Camilla, Queen Consort, had travelled to Queen Elizabeth’s side in the Scottish Highlands after Buckingham Palace announced that her doctors were “concerned” for Her Majesty’s health Thursday.

Charles had been in Scotland the day before, carrying out engagements.

There, the senior royals were joined by Princess Anne, Prince William, Prince Andrew, Prince Edward, his wife, Sophie, Countess of Wessex, and Prince Harry, who is in Europe this week with wife Meghan Markle for a series of charity visits.