The veteran coach joins the Toffees 11 years after he left their local rivals Liverpool. 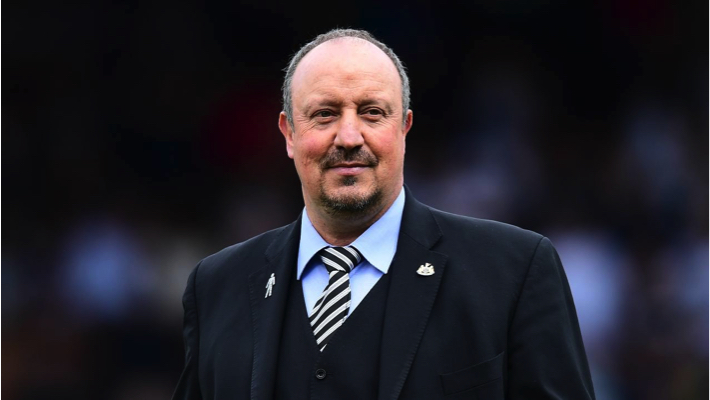 A photo of Rafael Benitez used to illustrate the story[photo credit:Calciopolis]

Everton’s Chairman Farhad Moshiri preferred the former Real Madrid coach ahead of Nuno Santo in the consideration for the appointment of a new manager for the Toffees according to a Skysport report.

Carlo Ancelotti’s exit from the Merseyside team at the end of the 2020-2021 season led to the search for a replacement with Roberto Martinez, Duncan Ferguson and Christopher Galtier reportedly amongst those earlier considered.

Benitez achieved success with the Toffees neighbours, Liverpool, eleven years ago while in charge, winning the 2004-2005 UEFA Champions League, 2005 UEFA Super Cup and the 2005-2006 FA Cup.

The huge hurdle for Benitez lies with the fans of the Toffees who felt slighted for cynical comments credited to Benitez while he was in charge at Liverpool.

The rumours of his appointment with Everton led to an intimidating banner that was cited around Benitez’s home in Merseyside with the inscription “ we know where you live, don’t sign.”

His six years career with Liverpool heightened the rivalry between the two neighbours, Liverpool and Everton and Benitez reportedly described Everton as “ a small club” while at Anfield.

Moshri ignored the calls by some Toffees fans who also placed a banner reading “ Benitez not welcome “ around the Goodison Park, the home of Everton.

Everton finished tenth on the English Premier League Table in the 2020-2021 season even after a number of signings like Allan from Napoli, James Rodriguez from Real Madrid, Theo Walcott, Abdoulaye Doucoure, Cenk Tosun amongst many others.

Benitez will be hoping his performances next season convince the fans and swerve them on his side as their first game of the season will be against Southampton.