A reconciliation meeting was fixed and billed to be mediated by Adeboye, but one of them failed to show up, says the lawmaker. 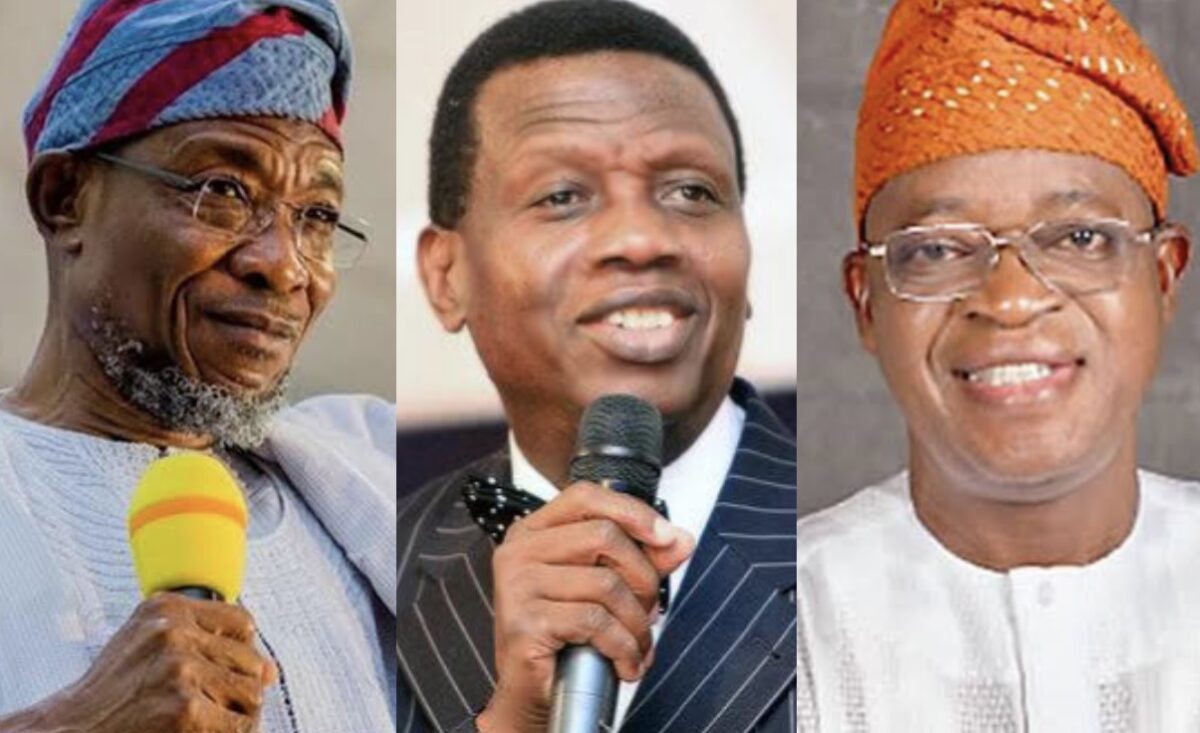 A lawmaker, Lawrence Ayeni, claims that the general overseer of the Redeemed Christian Church of God (RCCG), Enoch Adeboye, attempted to settle the political rift between Osun governor, Gboyega Oyetola, and his predecessor, Rauf Aregbesola, but to no avail.

Mr Ayeni, who represents Ilesha West/Ilesha East, Atakumosa East/Atakumosa West Federal Constituency of Osun, disclosed this in an interview on Monday in Abuja.

Mr Ayeni said a reconciliation meeting aimed at settling the rift between the two gladiators was fixed and billed to be mediated by Adeboye, but one of them failed to show up.

The lawmaker said that although Mr Adeboye initially declined to mediate in the duo’s political rift, saying he was not a politician, he later accepted the offer to mediate to settle it.

“Adeboye said that for him, he was not a politician, and he was not going to poke-nose because of certain things, but the two of them could not meet in his house,” Mr Ayeni said.

He added, “One of them did not even go for the scheduled meeting with Adeboye, and Adeboye said well, that is it.”

The state’s July 15 governorship election was won by the Peoples Democratic Party (PDP) due to the rift between the Ileri/Oluwa group and The Osun Progressive (TOP).

The IleriOluwa group is headed by the governor, while the TOP group is led by Mr Aregbesola, the current interior minister.

He said that all the APC House of Reps members from Osun also did all their best possible to also resolve the crisis but met a brick wall.

The lawmaker called on the two to sit down and resolve the issue, adding that he was hopeful they would come together.

“Had it been we were united, the opposition could not have found their way even through the rigging, so we must ensure unity in the party.”

The lawmaker said that everyone had seen the result of the division in the governorship election and learned a lesson from it.

He added that Osun was critical to the South-West and the party must put its house in order to win in 2023.

Mr Ayeni said the division could also affect his own re-election bid, having secured his return ticket as the party’s candidate; hence all hands must be on deck to win.

He said that what surprised him most was that the APC was supposed to win Ijesha land with what he had done, “but we failed even in my local government.”