Mr Ibrahim argued that population growth must match economic development for it to be regarded as a strength. 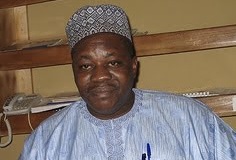 Uncontrolled population growth which is not commensurate with economic advancement has been identified as a cause of poverty in Nigeria.

Professor Jibrin Ibrahim, a senior fellow at the Centre for Democracy and Development, Abuja, during a lecture, debunked the claim that population was a nation’s strength.

The theme of the lecture was : “Population, Rights and Peace, Mitigating Insecurity and Gender-Based Violence to Harnessing Demographic Dividend.”

Mr Ibrahim argued that population growth must match economic development for it to be regarded as a strength.

He affirmed his assertion that Nigeria is currently characterized as the poverty capital of the world with 93.9 people now living below the poverty line.

“Seven million Nigerians fell into extreme poverty in 2020, Nigeria with its 200 million plus population was first to be declared world’s poverty capital in 2018,” he said.

“Every year, we add five million people to our population. This is roughly the size of Liberia or Montenegro.

Ms Muller said that the Total Fertility Rate in the country is high with low Contraceptives Prevalence Rate (CPR).

According to her, to achieve demographic dividend, we must increase economic growth and eliminate Gender Based Violence.

Mr Adetunbi, however, called for the conduct of a reliable and credible census that would include the religious data of the citizens to reduce controversies.