The former Lagos governor says no special skills are needed to operate and maintain military hardware. 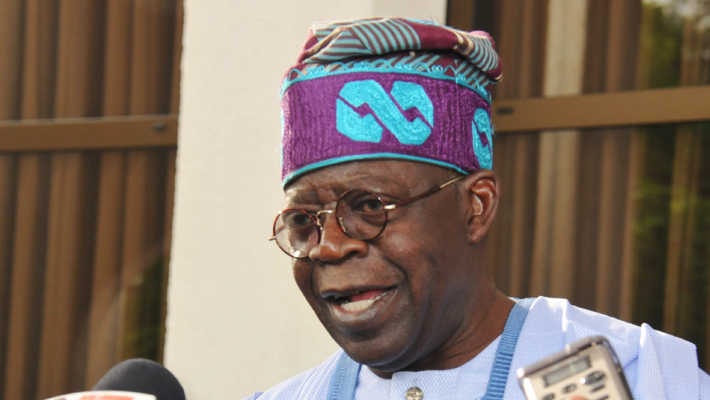 Bola Tinubu on Monday called on President Muhammadu Buhari to authorise immediate recruitment of up to 50 million young Nigerians into the Nigerian Army, saying such action would overwhelm the ragtag groups of insurgents and bandits terrorising the country across multiple flanks.

“We are under-policed and we are competing with armed robbers and bandits to recruit from the youths who are unemployed —33 per cent unemployed?” Mr Tinubu said at his 69th birthday celebration which was held in Kano on Monday. “Recruit 50 million youths into the army.”

The National Bureau of Statistics reported that over 25 million out of Nigeria’s 200 million people are without jobs, a record high of 33 per cent.

In his address, Mr Tinubu suggested that education and literacy were not important to the recruitment process, rather it should be based on the willingness to fight criminals.

He said: “Don’t talk about illiteracy, anybody who can hold a gun, who can handle a gun, who can cock and shoot is technically competent to repair a tractor in the farm.”

He added that the government should create opportunities in agriculture to stem the unemployment rate, marking a repeat of the sentiments he shared at the 2021 Sardauna Memorial Lecture on Saturday in Kaduna.

Speaking at the event Dani Rodrik of the Ford Foundation said democracy goes beyond just elections, noting that only restraints that enforce civil liberties, rule of law and non-discrimination in the provision of public goods can birth a liberal democracy.

Other analysts at the colloquium also emphasised the need for youth inclusiveness and urged the government to prioritise deliberate engagements with the youths on national policies before implementation.

A social entrepreneur Nimdr Nanso said the Central Bank of Nigeria should have deliberated with the youths before making the move to ban cryptocurrency in the country.

She added that Nigerians need leaders who can harness the diversity of the nation for the greater good of all.

The colloquium is a yearly celebration in honour of Bola Ahmed Tinubu. It was first conceived in 1999 for sharing knowledge, experience and information around socio-economic and governance issues.

The 12th Colloquium themed “Our Common Bond, Our Common Wealth” centred on discussions around peace-building and national cohesion as tools for growth and prosperity in Africa.

Some of those who attended the colloquium included Funmi Olonisakin, professor of security, leadership and development at King’s College, London; Amaka Anku, practice head of Africa at Eurasia Group; and Mohamed Yahya, a resident representative in Nigeria, United Nations Development Programme (UNDP).