It is obvious that Odinkalu is worried by the problems facing his state Anambra and is anxious for the outcome of the gubernatorial election. 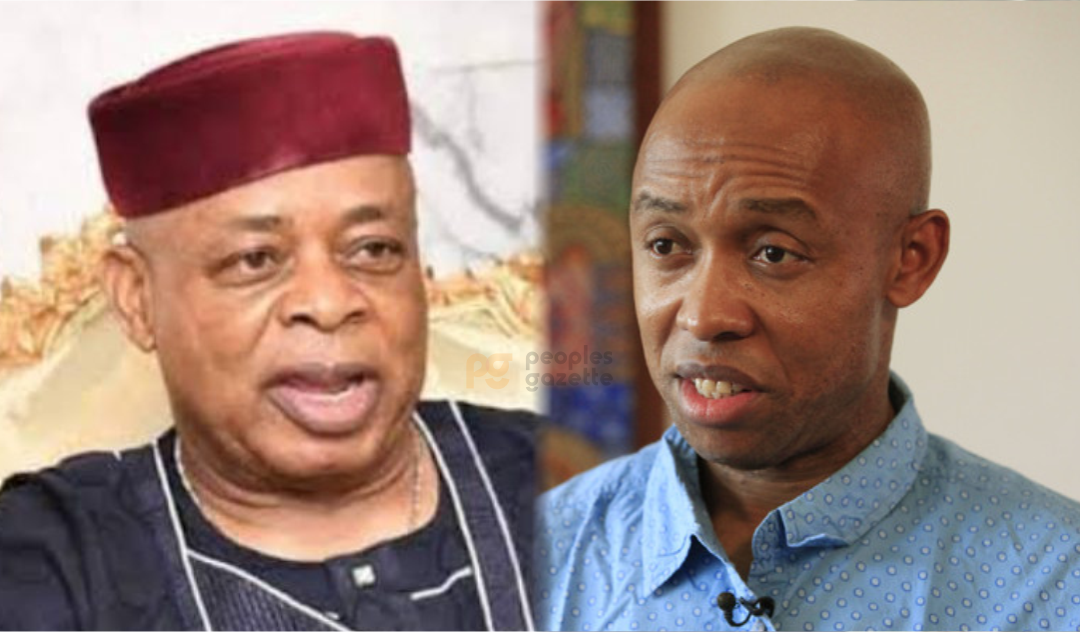 Chidi Odinkalu has cut a niche for himself as a critic of the intellectual hue in the last few years in Nigeria so much that his views are well regarded. His place in advocacy and as a former Chairman of Nigeria Human Rights Commission place him in a privileged position. They confer some credibility on whatever he says.

But, in a recent piece he wrote titled ‘Ken Nnamani: The Man Who Sold His Conscience’, Odinkalu missed his shot by a mile! Odinkalu, in what is understandably his frustration with the state of anomie in the southeast, where killings and unexplained kidnappings have been the lot of the people, took umbrage with the current administration and dragged some persons in the ruling All Progressives Congress into the sordid affairs in Anambra State, one of them former Senate President Ken Nnamani, a man who has earned his badge of integrity even in the murky waters of Nigerian politics.

Odinkalu’s submission in his piece was that Senator Nnamani has failed to speak on the violence in Anambra State because he is a ranking member of the APC and is on a job for Mr Andy Ubah, the party’s candidate in the gubernatorial election on November 6. This rather spurious assertion is based on nothing more than Odinkalu’s understanding that Nnamani supervised what he calls a fraudulent APC party primary that produced Andy Ubah as the party’s candidate. This is completely untrue.

Odinkalu would have done some justice to his piece if he was more diligent, rather than angry and frustrated, by checking out the facts. The APC state primary was conducted by a team led by Governor Dapo Abiodun of Ogun State, while the Appeals Committee was headed by Gombe State governor, Inuwa Yahaya. Nowhere does Nnamani’s name come up in the emergence of Andy Ubah.

These are the facts, and they are in the public domain. In fact, I am and I’m sure many Nigerians would be reading about Nnamani foisting Andy Ubah on Anambra State for the first time in Odinkalu’s piece. But why would Professor Odinkalu go all out to state this? The motive behind the whole article is frankly unclear.

Ken Nnamani has just published his biography where he writes on his time as Senate President between 2005 and 2007 in which position he presided over the rejection of the constitution amendment bill designed to elongate the tenure of then President Olusegun Obasanjo. The book is due for presentation on Thursday, October 21, in Abuja. It does not require rocket science to see that Odinkalu’s piece seeks to use the platform of the former Senate president’s book to draw him to the state of affairs in Anambra State for whatever reasons.

But in doing so, the professor manipulated the facts, and this is most unfortunate. Many Nigerians remember Senator Nnamani for courageously leading the Senate of Nigeria to reject the audacious attempt by former President Obasanjo to procure for himself a third term in office against the Constitution which brought him into office. Stories were told of threats and coercion, inducements and outright bribery brought to bear on the senators and members of the House of Representatives to support a third term.

In spite of the massive pressure, Nnamani refused to succumb and change the Constitution so that President Obasanjo could have an extra term in office. In a country where politicians capitulate at the slightest nudge to do something unwholesome, Nnamani stood firm despite everything, so remains a hero to many Nigerians.

This is why Odinkalu’s piece is baffling. Anyone who has studied Nnamani knows that he is not someone who is easily given to the antics of soapbox politicians who seek to cry to the rafters just to satisfy their cravings for popularity. Nnamani has always been a person who follows the rule book and makes his representations at the appropriate quarters. If there was a wrong at the Anambra convention, there is no doubt that Nnamani would have made that presentation to the party using the laid out channels.

This is precisely what he did to Obasanjo third term attempt. He applied the rules without budging and got his result. It is instructive that the APC’s appeals committee did not fault the primary, nor did the judiciary to which matters were taken. Enough said.

The other claim made by Odinkalu, deriving from the first, is that Ken Nnamani was by association working with Andy Ubah to corrupt the electoral process in Anambra. This is a most unfortunate comment from someone who followed the tenure elongation project and detailed the corruption in that process yet found nothing on Nnamani. To give the impression that Nnamani had suddenly become corrupt because he is out of power and seeks fresh access to power and resources is rather far-fetched. It also contradicts the impression Odinkalu conveys that Nnamani is so powerful as to hand Andy Ubah the ticket.

Again, Odinkalu admitted himself that Nnamani was a successful business executive before he became Senator, so, like it is said in Nigerian politics, he has an address. Odinkalu would admit that Nnamani since he left the Senate has not gone political job-hunting as is common among Nigerian politicians, rather, he has pursued his business and his foundation. So, what was this article all about? Was it just about raw anger and frustration, or was it just simple mischief?

Nnamani has had cause to speak up when necessary and he has not wavered, contrary to the impression conveyed by Odinkalu. Recently, after the Senate passed the Electoral Act with a provision for direct primaries only, Nnamani opposed the decision arguing in an interview with Arise Television that it is costly and that parties should be allowed to choose their candidates freely without the burden of a prescription that is apparently very expensive to conduct.

This opposition to a decision by a Senate led by the APC is from a man who Odinkalu describes as the leader of the APC in the southeast! Where then is the whole story of a man who sold his conscience? It is obvious that Odinkalu is worried by the problems facing his state Anambra and is anxious for the outcome of the gubernatorial election. But in trying to apportion blames it is dishonourable to tag persons without facts simply because it is convenient, it is simply sensational.

That is what Odinkalu did with Ken Nnamani in his piece. The Nnamani Nigerians know is not a partisan narrow-minded politician that can sacrifice principles and character for filthy lucre. Odinkalu knows this and should not have projected his anger on the former Senate President.

Reginald Okafor writes in from Lagos.