The lawmakers said they would rather side with the Buhari regime to ban okada as a measure to combat insecurity. 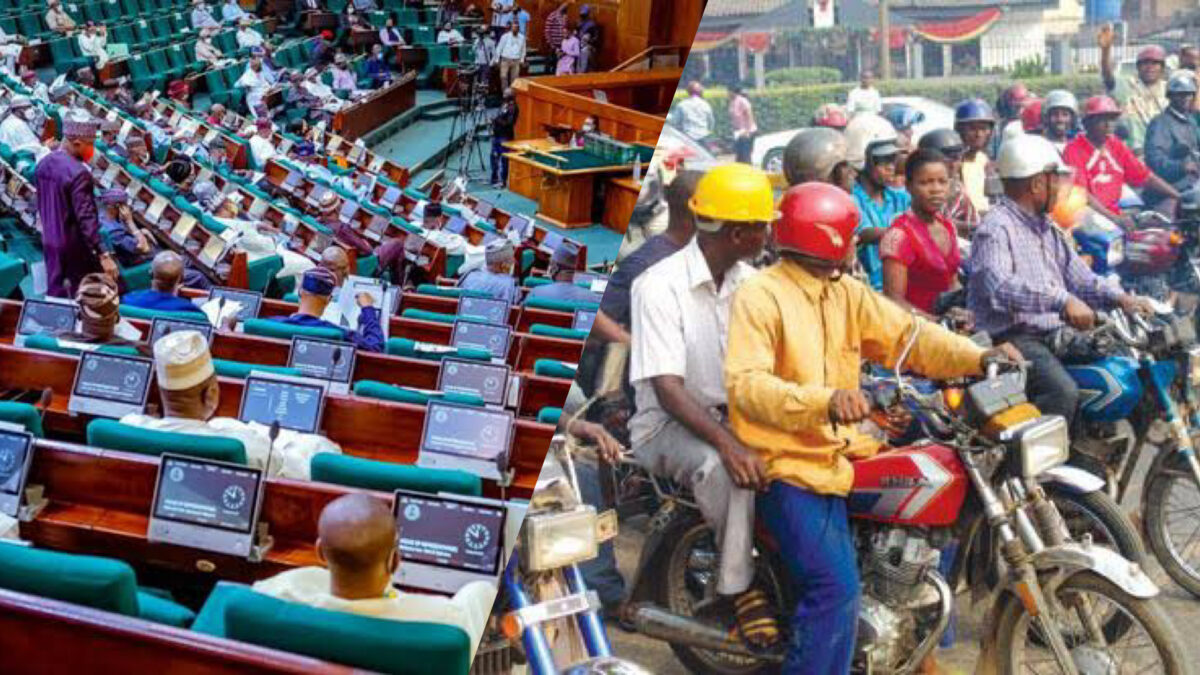 House of Reps and Okada riders

The House of Representatives on Tuesday stepped down a motion to halt the federal government’s proposed ban on commercial motorcycle operations.

The motion, sponsored by Abubakar Yallemen (APC-Jigawa), prayed the house to urge the federal government to halt the proposed nationwide ban.

The motion called for adequate palliative measures before implementing such decisions, adding that such a ban should be restricted to local government areas where mining and terrorist activities occur.

Presenting the motion, Mr Yallemen said the proposed ban would render millions of Nigerians jobless, which could be catastrophic for a nation grappling with unemployment and poverty.

He said while banning commercial motorcycle operations as a means of curtailing security challenges, the welfare and wellbeing of the citizenry should be considered foremost.

However, after a brief consultation with the sponsor, Deputy Speaker Amed Wase stressed the need for the parliament to support the federal government in combating insecurity.

“We appreciate what our brother has brought, and our appeal to the government is, as it implements this policy or if it is going to implement, it should look at those areas that are not vulnerable.

“So we appreciate this motion, but in line with our principles to help curb the incessant insecurity in our country, we have to cooperate with the government.

“You cannot imagine what is happening today in Abuja, I will be frank with you, I went through the DSS report; 44 reports were given before the attack of Kuje; I want to confirm to you that I read through all the reports.

“I want us to cooperate with the government and step down this motion,” he said.

Responding, MrYallemen said the bill should be stepped down for further legislative consultations.