The NYSC permanent orientation camp in Maiduguri was shut down because of killings by Boko Haram terrorists in parts of the state. 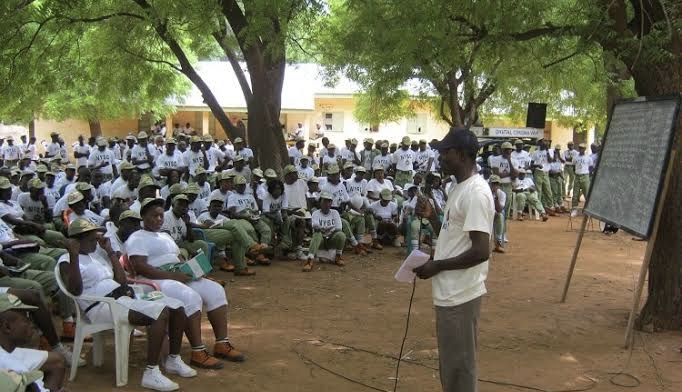 The House of Representatives has resolved to investigate the alleged refusal of the National Youth Service Corps (NYSC) to reopen its permanent orientation camp in Maiduguri, Borno.

The resolution was sequel to a unanimous adoption of a motion by Usman Zannah at the plenary on Wednesday.

Mr Zannah said that about 10 years ago, the NYSC permanent orientation camp in Maiduguri was shut down following killings by Boko Haram terrorists in parts of the state.

He recalled that the former Director-General of the NYSC, Suleiman Kazaure, promised that the camp would be reopened as soon as the Internally Displaced Persons (IDP) were relocated from the premises.

“We were aware that the Borno state government had relocated over 8,000 IDPs taking refuge in the NYSC orientation camp to houses provided by the government at Auno.

“Others were relocated to Bama and Danboa Local Government Areas. Governor Babagana Zulum wrote letters to the Director-General of NYSC to reopen the camp but to no avail.

“We are also informed that the Borno state government has made adequate arrangements to ensure the safety and well being of corps members posted to the state.

“We are worried that corps members posted to Borno would have to travel to Kastina State to undergo orientation at the Nigeria Security and Civil Defence Corps (NSCDC) training school, Kastina, despite the state of insecurity in the entire North-West.

“We are also worried that the high rate of insecurity in Kastina State is capable of affecting corp members’ psychology and exposing them to the danger of being attacked by bandits while travelling to Kastina,” he said.

The lawmaker said that the state of insecurity in Kastina State was already a threat to lives and property as it necessitated the shutting down of telecommunication services, hence, making communication very difficult.

In his ruling, the deputy speaker of the House, Ahmed Wase, mandated the Committee on Youth Development to investigate the alleged refusal of the NYSC to reopen the camp.