The bodies are asking the court to cause the defendants to prevent Ms Onochie from appointed as INEC commissioner. 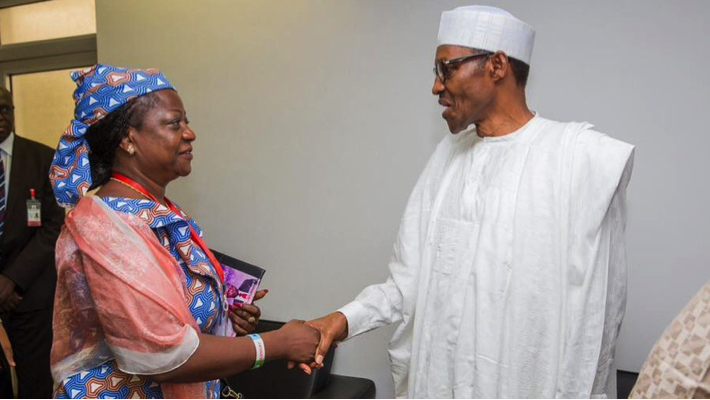 The International Press Centre and eight other civil rights groups have filed a case with suit no FHC/ABJ/CS/604/2021 against president Buhari and three others seeking to stop the confirmation of Lauretta Onochie as a commissioner for electoral body, INEC.

In October 2020, Buhari, in contravention of the electoral act, nominated Ms Onochie, a member of the ruling All Progressives Congress, as commissioner for INEC.

Though the Senate returned the nomination, advising the president to reconsider her nomination, Senate President Ahmed Lawan directed that Ms Onochie be screened by a Senate committee for confirmation after Mr Buhari insisted on presenting her.

The originating summon has President Muhammadu Buhari as the first defendant, the attorney general, Abubakar Malami, as the second defendant, the Senate as third defendant and chairman, senate committee on INEC, Kabiru Gaya, as the fourth defendant.

On July 6 the civil society organisations petitioned the senate opposing Mr Buhari’s nomination of Ms Onochie, praying for the complete rejection of her nomination as a National Commissioner into INEC.

The groups urged Mr Buhari to withdraw her nomination and requested him to uphold the electoral laws in re-nominating a non-partisan, neutral, and competent Nigerian to represent the South-South region as INEC National Commissioner.