UN deputy secretary-general Amina Mohammed says the growth of terrorism is a major threat to international peace and security, felt most in Africa. 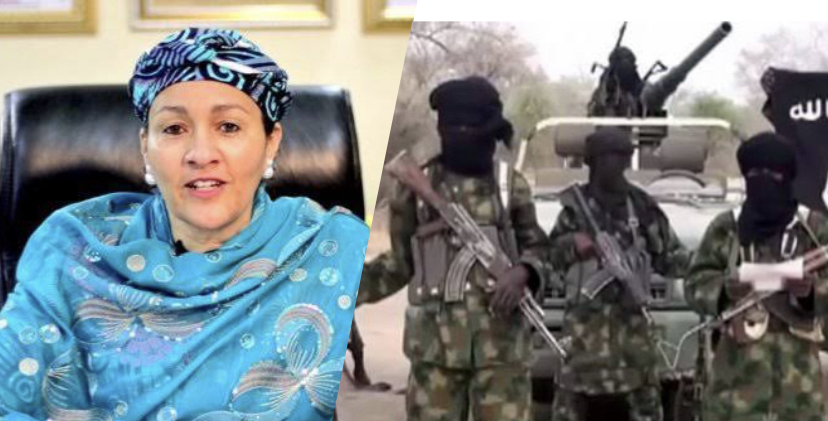 UN deputy secretary-general Amina Mohammed says the growth of terrorism is a major threat to international peace and security, felt most in Africa.

Ms Mohammed said this on Thursday while briefing the Security Council at the UN headquarters on behalf of secretary-general António Guterres.

“Terrorists and violent extremists, including Da’esh, Al-Qaida and their affiliates, have exploited instability and conflicts to increase their activities and intensify attacks across the African continent,” she noted. “Their senseless, terror-fuelled violence has killed and wounded thousands, and many more continue to suffer from the broader impact of terrorism on their lives and livelihoods.”

According to her, with misogyny at the core of many terrorist groups’ ideology, women and girls particularly bear the brunt of insecurity and inequality.

“The skyline beyond the northern suburbs of Mogadishu is seen through a bullet hole in the window of a hotel in Somalia. Over the last two years, some of the most violent affiliates of Da’esh have expanded, increasing their presence in Mali, Burkina Faso and Niger as well as southward into the Gulf of Guinea,” the UN deputy secretary-general added.

Ms Mohammed further stated that the terrorist and violent extremist groups “aggravate instability and human suffering, and they can plunge a country emerging from war back into the depths of conflict.”

According to her, the terrorists sometimes impersonate legitimate armed forces.