Gubernatorial aspirant in Rivers, Magnus Abe, said he did not participate in the party’s Thursday governorship primary because it was a charade. 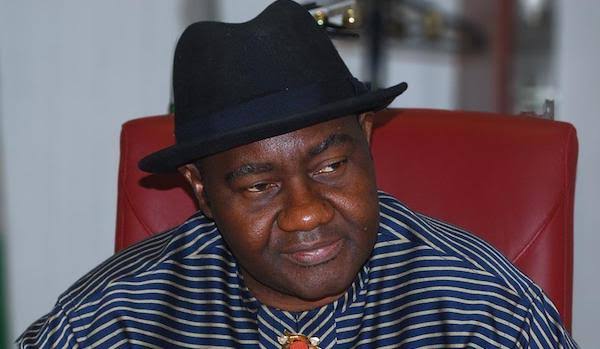 An All Progressives Congress gubernatorial aspirant in Rivers, Magnus Abe, said he did not participate in the party’s Thursday governorship primary because it was a charade.

The aspirant described APC’s primary as a charade.

“It clearly does not meet that standard. Like I stated at the beginning of this whole thing when I declared, I will not accept the outcome of any process that is not just, fair, equitable and inclusive,” Mr Abe pointed out. “For that reason why I decided not to participate, not to withdraw out of respect for the party, I want to say clearly that I will not accept the outcome nor will I be bound by it.”

He alleged that the process of choosing the delegates was not inclusive and reminded the people of the state of their responsibility of choosing who their governor would be in the 2023 general elections.

He added, “I, Senator Magnus Ngei Abe, will be on that ballot and Rivers people will have the opportunity to choose who shall lead our dear state moving forward.”

The APC chieftain, however, did not disclose if he would be joining another party or not.

He pointed out that no one individual, however powerful, well-connected and wealthy, would decide for Rivers people.

“You will have that opportunity to decide who our next governor will be and I, Magnus Abe, will be on the ballot,” he added.

Mr Abe insisted that he had not withdrawn from the governorship race “and I will not withdraw.”